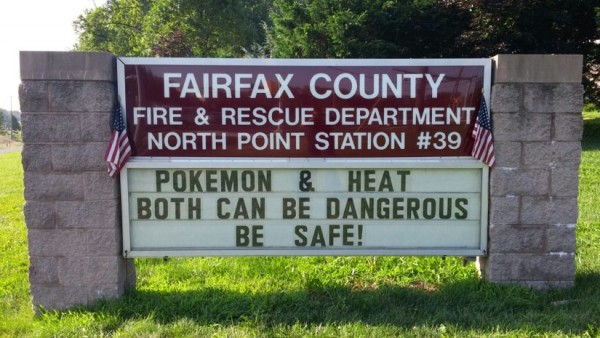 A little more than a week after the release of Pokemon Go — the smartphone app that has people chasing virtual cartoon animals all over the place — Fairfax County Police are warning how to stay out of trouble while playing.

Said FCPD: “Police ask the public to please be mindful of your locations when playing the game. The game leads players to common meeting places like churches, memorials and parks.  However, not all locations and areas in the game are open to the public and not all property owners welcome Pokémon Go players on the property.  Remember, be respectful and adhere to all rules and regulations.”

There have been reports from other jurisdictions of people being lured by robbers while playing or falling into traffic while engrossed in the game.

That’s led Fairfax County to offer a list of safety tips for players:

Be mindful of pedestrians, bicyclists and drivers who may be playing the game. If you are playing, you should not be on your phone while driving and use common sense when walking. Be aware of your surroundings; recently in the D.C. region, people playing the game have been robbed.

The game has a “lure module” that leads the players to various locations to win points and catch Pokémon characters. These locations are called Pokestops. Pokestops have been found at public places such as libraries and parks.

But stops are also on private property, empty lots or even cemeteries. Players may not realize they are trespassing in restricted areas and may draw attention of law enforcement and residents. Please, don’t trespass. You can catch Pokémon without going into or onto property.

4.  Do Not Enter Fire Stations

Please do not enter fire stations, including open apparatus bays. Our firefighters and medics respond to emergency calls 24 hours a day. At any given time, they may be called to an emergency and a distracted pedestrian causes a dangerous situation for responders and trucks leaving the station.

We are thrilled that so many folks are coming to county parks to play. During your visit, take time to learn a little about the natural and cultural resources surrounding you using our trails map. 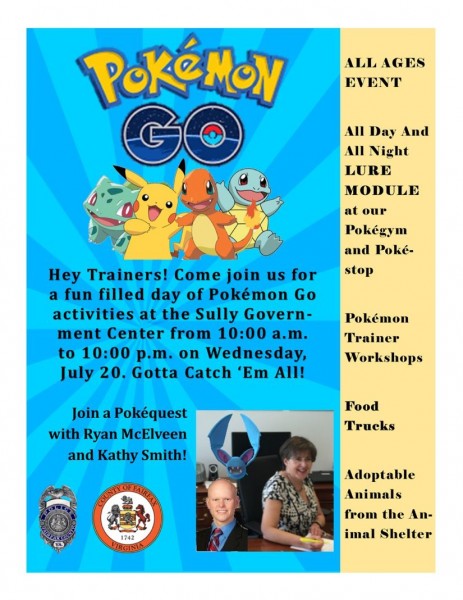