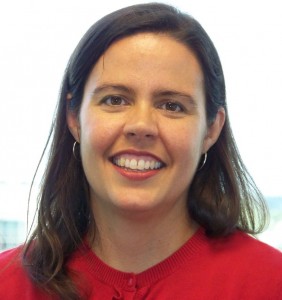 Heidi Merkel, a senior planner with the Fairfax Department of Planning and Zoning who was instrumental in organizing and implementing the Reston Master Plan Special Study and plan amendment, died of cancer July 19. She was 49.

Merkel, of Arlington, is survived by her husband, Bill, and three children: Caroline, 15; Samuel, 12; and Caleb, 7; her father, Leland Tolo of West Hartford, Ct.; her brother, Paul Tolo, and sister-in-law, Jennifer Tolo, of Sammamish, Wash.; and her many beloved nieces and nephews.

Merkel attended high school in West Hartford, Ct., then received her bachelor’s degree from Bryn Mawr College and studied Urban and Regional Planning at the University of North Carolina at Chapel Hill. She began her professional career as an Associate Planner for the City of Danbury.

Merkel joined Fairfax County’s Department of Planning and Zoning (DPZ) in 1995. She later took five years off to raise her family, but after returning in 2007, she worked tirelessly to help move Reston into the future.

The Master Plan amendments were approved by the Board of Supervisors in 2014 and ’15.

“Heidi was a gem,” said land use lawyer Mark Looney, who served on the Reston Master Plan Special Study Task Force. The task force held dozens of meetings over four years, and Merkel attended most of them, even while battling her illness.

“She was so thoughtful and patient as she interacted with the Reston community through the years,” added Looney. “She would listen intently to every crackpot idea some developer or resident threw out and make them think there was nothing better. Heidi knew that deep down most people just want to know that they were heard.”

Some of the additional projects Merkel worked on in Reston:

“Heidi was a gifted planner who loved the Reston community that she served,” said Fred Selden, Director of Fairfax Planning and Zoning. “Heidi led policy initiatives that resulted in county policy supporting Transit-Oriented Development and the inclusion of affordable workforce housing in all mixed-use activity centers. She received numerous individual and team recognitions for outstanding performance and commendations over the years from Supervisor Hudgins and others.”

Heidi and her family were long-time members of Holy Trinity Lutheran Church, where she volunteered with the youth programs and participated in the bell choirs. She enjoyed spending time with her children most of all, and was an active parent at both Potomac Crescent Waldorf School and the Washington Waldorf School.

There will be a memorial service at Holy Trinity Lutheran Church, 3022 Woodlawn Ave., Falls Church, on Saturday, Aug. 27 at 11 am, with a lunch reception to follow in the church’s fellowship hall.

Memorial donations may be made to the Inova Life with Cancer Family Center at www.lifewithcancer.org/donate.