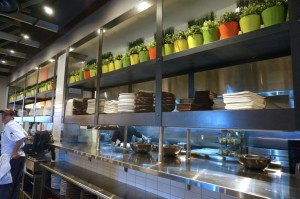 Coming soon to a mailbox near you: The Fairfax County official information sheet on the upcoming meals tax referendum.

In June, the Fairfax County Board of Supervisors approved the referendum for the Nov. 8 election, saying then they were prepared for a battle on the issue.

Ultimately, it will be up to Fairfax County voters to decide whether the county will get a 4-percent meals tax, similar to what is already in place in the towns of Herndon and Vienna; Fairfax City; and Arlington and Alexandria.

But with the county and its school system continually in a budget crunch, Hunter Mill Supervisor Cathy Hudgins motioned last spring to revisit the issue.

The tax would raise about $100 million annually, 70 percent of which would go to Fairfax County Public Schools. About $3 million would go back to the restaurants themselves to offset the cost of the tax to the businesses.

Meanwhile, take a look at the details from the county in the document below.