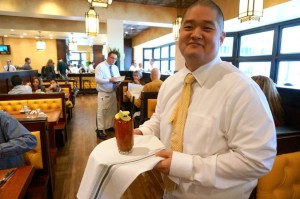 The Fairfax County Board of Supervisors voted 8-2 on Tuesday to add a meals tax referendum question to the Nov. 8 general election ballot.

They say they are now prepared for a real fight on both sides of the issue, but ultimately it will be up to Fairfax County voters whether the 4 percent tax gets implemented in summer 2017.

However, the county is continually finding itself in an annual budget crunch, particularly as the needs of Fairfax County Public Schools are growing. The board says it will allocate 70 percent of the nearly $100 million annual expected meals tax revenue to the schools, with the remainder going for county services.

About $3 million of the nearly $100 million in revenue would go to back to restaurants/businesses to offset costs of implementing the meals tax, the county says.

The supervisors’ transfer to the schools was $2 billion this year.

Several supervisors said prior to Tuesday’s vote that they would like to see more specifically what the schools will do with the money. Hunter Mill Supervisor Cathy Hudgins, a proponent of the meals tax, made a motion to delay the vote until after a joint retreat with the school board, which is scheduled for next week. The motion failed.

Still, several supervisors said the schools need to show a good faith effort in how they spend the extra money. FCPS teacher pay continues to lag behind neighboring counties, and Supervisor John Cook (Braddock) said “we are at a tipping point on needing to bring teacher pay up to market.”

“If I hear [the schools] say they are spending the money on an elite, special program and not on teacher pay, then I will campaign against it,” said Cook. “I am not happy about a meals tax. I worry about local places without a liquor license and a high profit margin. But it is time to have a dialogue.”

Supervisor Pat Herrity (Springfield), who, along with Supervisor Linda Smyth (Providence) voted against the referendum, said Fairfax County property taxes have gone up 26 percent in the last five years and the county cannot keep asking citizens to pay. The supervisors voted this spring for an increase of 4 cents per $100 of home value.

The need to diversify the county revenue sources — and not keep raising real estate taxes — is one reason to be in favor of a meals tax, several other supervisors said.

Herrity also made a motion to clarify to voters that the 4-percent meals tax is in addition to a 6-percent sales tax diners already pay. That motion failed.

“I have talked to a lot of residents,” said Herrity. “The majority of them don’t understand [the rise will bring taxes] to 10 percent. We need to be clear to our residents what they are voting for.”

The board plans to print and distribute a voter’s guide in coming months to county residents.

The tax, should it pass, would be applicable to restaurant meals, as well as from food trucks and prepared foods from a store. Beverages that are poured would also be taxed. Bottled/canned beverages would be exempt.

Nearby areas that have a food tax include the City of Fairfax, the Town of Herndon, the Town of Vienna, and Alexandria and Arlington counties. The District of Columbia has a 10-percent meals tax.

Supervisor Chair Sharon Bulova said she does not think the typical Fairfax County diner decides where to eat based on taxes.

“When I go to Coastal Flats at Fairfax Corner, I do not pay a meals tax,” she said. “When I go to the Ice House Cafe in Herndon, I do. It does not make a difference to me. I think people make choices on where they feel like eating and do not much notice or make a decision based on [taxes].”

Still, Bulova said she will work with the local restaurant industry, which has already voiced opposition to the proposed measure.

“I hear the restaurants and their concerns,” she said. “Restaurants are our great corporate neighbors. I hope we are able to keep our heads [in the coming months]. This is not a fight against the restaurant industry.”