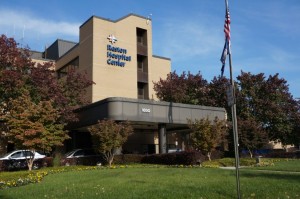 Reston Hospital Center is the first Level II Trauma Center serving Northern Virginia to open in over a decade. It is one of 17 trauma centers in the state.

Reston Hospital Center’s Level II designation will provide additional access to lifesaving trauma care and allows emergency responders a new location to transfer patients to a trauma center within the critical “golden hour” during which treatment is most effective, says a release from HCA.

“This designation is a direct result of Reston Hospital’s focus on continuously enhancing the level of care that we are able to provide to our community,” Dr. Ranjit Pullarkat, Medical Director of Reston Hospital Center’s Trauma Services, said in a statement. “Every resident in Northern Virginia needs and deserves local access to quality trauma care, particularly when minutes may make the difference between life and death.

Mindy Carter, Director of Trauma Services, says the new designation will allow the facility will be able to initiate definitive trauma care for all patients by providing 24/7 on-site trauma surgeons.

“As the population of Northern Virginia grows exponentially, and in uncertain times, it is vital that more hospitals are prepared for individual and large-scale disasters,” she said.

In addition to having trauma surgeons on-site, around the clock, trauma experts specializing in orthopedics, neurosurgery, anesthesiology, plastic and facial trauma, thoracic, gynecological/obstetrical, cardiac, and other surgical specialties are on call and immediately available 24/7, hospital reps said.