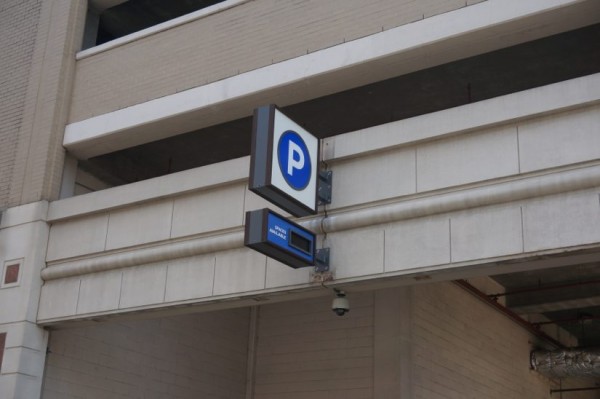 The date has arrived. As of today, visitors to Reston Town Center are paying for the right to park there.

The ParkRTC paid parking initiative has officially begun, a Boston Properties official told Reston Now. Mobile pay parking is available through the ParkRTC smartphone app, while visitors without the app will be required to use garage pay stations or pay by phone. 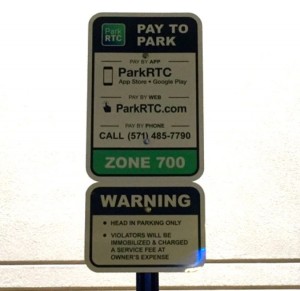 Parking in the Town Center’s five garages will now cost $2 an hour (up to a maximum charge of $24 a day). Street parking is $3 an hour. A number of retailers have previously announced they plan to offer parking validation.

This marks the first time since the retail and residential complex opened in 1990 that parking fees will be collected.

The ParkRTC app, which can be downloaded via iTunes and Google Play, enables visitors to see available spaces, pay for a parking session, extend a parking session and receive discounts from retailers. According to Robert Weinhold, a Boston Properties spokesperson, more than 28,000 people had downloaded the app as of Tuesday morning.

Boston Properties, the owner of Reston Town Center, had originally announced it planned to commence paid parking at Reston Town Center last year. However, the start date was pushed back to Jan. 3 to allow “additional time to educate consumers” who were not embracing the technology, an RTC spokesman told Reston Now in September.

Nearly 9,000 people signed a change.org petition, organized by Reston’s Suzanne Zurn, asking to stop the new parking fees from being enacted at the Town Center. However, Boston Properties and the Reston Town Center Association did not bend on the plan.

Last month, Reston Now conducted an unscientific poll in which nearly 94 percent of readers said they do not support paid parking at the Town Center.