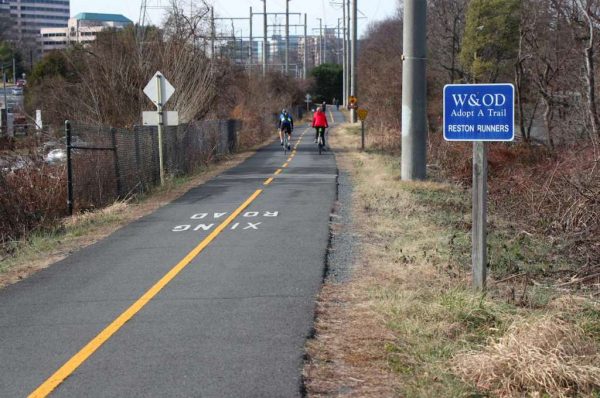 Metro Station Saw Long Lines for Women’s March — Many attendees of the Women’s March on Washington this past weekend took the Silver Line to get to D.C., and that resulted in some massive crowds at the Wiehle-Reston East Metro Station. Photos shared on social media showed the huge turnout Saturday morning. [Patch]

Volunteer Group Prepping for Future Disasters — Every part of Fairfax County will soon have its own Community Resiliency Group, which would be activated to help recover from disasters such as floods, earthquakes or chemical spills. Nearly 200 people have registered to be part of the volunteer group in the Hunter Mill District, and many participated in a Volunteer Fairfax/Fairfax County Office of Emergency Management seminar earlier this month to learn more. [Reston Connection]

Motorcycle Crash in Sterling Leads to Reston Man’s Arrest — James E. Basham, 30, of Reston, was charged with driving under the influence and carrying a firearm while intoxicated. [Loudoun Times-Mirror]

Reston-Based Startup Gets National Recognition — ScienceLogic, headquartered on Parkridge Boulevard, has been named one of Business Insider’s “18 hottest under-the-radar startups to watch in 2017.” The business helps companies locate and monitor IT assets in their own data center or in the cloud. [Business Insider]

Reminder: Submitting Events — As a reminder to those who are planning events in Reston, the best way to submit events to us is via our event calendar. Sending a press release is usually not necessary. [Reston Now]