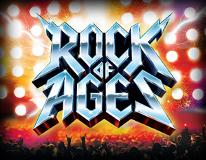 Reston Community Players will bring rock ‘n’ roll to life next month, as “Rock of Ages” comes to the stage.

The show, a celebration of rock bands with big guitar solos and bigger hair, will hit Reston on March 10. It features songs from Styx, Whitesnake, REO Speedwagon, Pat Benatar, Twisted Sister and more favorites from the ’80s.

“It is a privilege to direct the very talented cast of singers, dancers and actors in ‘Rock of Ages,'” said Joshua Redford, director of the production. “This is a show unlike any other.”

The musical is the story of Drew and Sherrie, an aspiring rock star and an aspiring actress, who try to prevent developers from turning the Sunset Strip into a strip mall.

The cast of the Reston production consists of the following performers:

The band includes Matt Jeffrey on keyboards, Christopher Willett on bass, Matt Robotham on drums, and Noah Dail and David Smigielski on guitars.

A number of these members of the Reston Community Players team were recently nominated for Washington Area Community Theater Honors awards for their work with the troupe in 2016.

“Rock of Ages” will be performed on the CenterStage at the Reston Community Center (2310 Colts Neck Road), March 10 through April 1. For showtimes, tickets and more information, call 703-476-4500 (ext. 3) or visit the Community Players online.

Reston Community Players is now in its 50th season. It is currently staging “Vanya and Sonia and Masha and Spike” through Saturday.