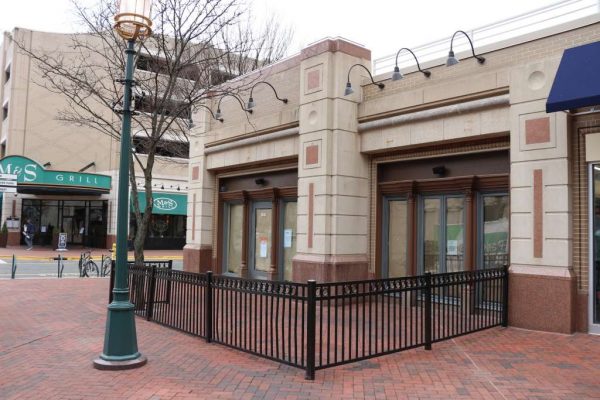 The subsidiary of Thompson Hospitality has posted on its website that it is seeking a general manager for a restaurant called Hen Penny. The job is also cross-listed on websites including Indeed, where the listing includes a bit more information about the restaurant:

Pheast Food Group has another new concept coming to town!

Hen Penny is our quick-service version of our full service concept, Hen Quarter.

And we need a General Manager to lead our very first location opening in the Reston Town Center!

Southern-style Hen Quarter restaurants in Alexandria and Silver Spring were opened last year by Pheast, both in former locations of Tex-Mex restaurant Austin Grill. The restaurant is described by Pheast as “an ode to the best of Southern fare and classic cocktails” with “dishes full of flavors that can only come from the best in farm to table design.”

A third location is scheduled to open in D.C.’s Penn Quarter — again, in a former Austin Grill space — later this year. 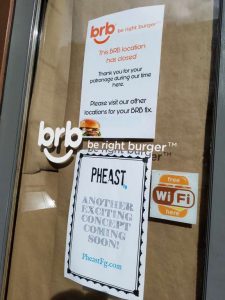 The new Reston Town Center restaurant will be located at 1820 Discovery St., according to a permit processed last week in Fairfax County. That’s the former location of burger restaurant BRB, which was closed last month by Pheast. Signage on the storefront indicated “another exciting concept” would be coming soon.

Calls to Pheast for comment about the new restaurant have not been not returned.

While no information is available about the future status of The American Tap Room at Reston Town Center, Pheast’s website reads that it manages “The American Tap Room, Austin Grill, Willie T’s Lobster Shack and Be Right Burger holdings and will be updating those concepts in 2017.”