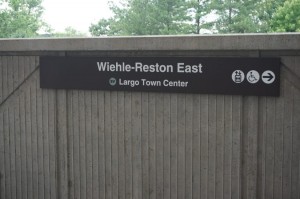 Many were shocked when WMATA announced late Friday that the next phase of SafeTrack work will mean the closing of several stations and shutdown of line segments, rather than the original plan of continuous single-tracking on certain Metro lines.

As WMATA announced on Friday, the final two SafeTrack surges set to begin this month will mostly affect the Orange and Red Lines, but as usual, the work on those lines will cause a ripple affect on other lines as well, including Reston’s Silver Line trains.

Commuters who regularly take the Orange and Red Lines may want to look into alternate modes of transportation, particularly since what was originally planned to be single-tracking of some segments will now be “line-segment shutdowns,” officials said Friday. In addition, several stations will be closed.

“In order to minimize the customer impact elsewhere on the system and to maximize productivity, the surges, which were originally planned as continuous single tracking, will instead be ‘line segment shutdowns,’ where buses will replace trains at selected stations,” officials said on WMATA’s website.

Restonians should be aware that all of this means there will be roughly half as many Silver Line trains operating during peak rush-hour than usual during this next SafeTrack surge, which is scheduled for Tuesday, May 16 to Thursday, June 15.

Here are the details WMATA released on Friday:

In addition, WMATA officials recommended that commuters who usually park at the New Carrollton or Landover stations may want to park at the Largo or Greenbelt stations instead, since only shuttle buses will be available at New Carrollton and Landover.