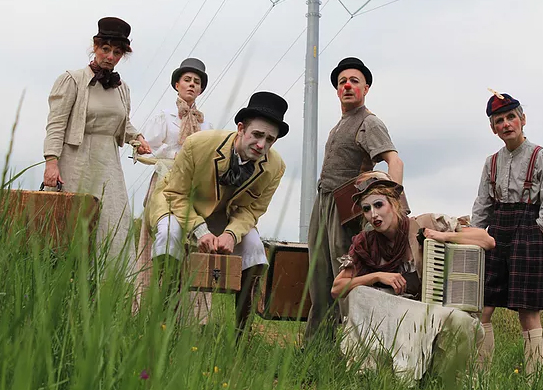 According to the Rockville-based group’s website, the show (trailer) is a “devised, clown-esque piece” about refugees fleeing on foot, in which the “troupe of eccentrics walks the precipice at the end of the world.” It will be performed at CenterStage on Wednesday, May 17 at 8 p.m.; tickets are $15 for Reston residents and $20 for non-residents. 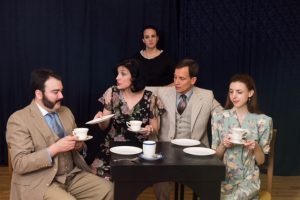 Also at CenterStage this month, the Reston Community Players will close out their 50th season with a staging of “Private Lives” by Noël Coward (pictured). The show opens with shows this weekend at 8 p.m. Friday and Saturday nights. Evening performances will take place each Friday and Saturday through May 20; in addition, there will be a matinee show Sunday, May 14, at 2 p.m.

In RCC’s Community Room on Sunday, May 21 at 4 p.m., Reston Community Orchestra will present its season finale performance. “Listen! Love! Laugh!” will consist of the tunes of Leroy Anderson, the longtime principal composer and arranger for the Boston Pops. The show is free, with donations welcome. In addition, limited seating at tables close to the staging area are available for $25 per person.

Memorial Day weekend, Ravel Dance Company will perform “Cinderella and Seasons” at CenterStage. Shows will be presented at 7:30 p.m. Friday, May 26 and 2 p.m. Saturday, May 27. Tickets, which are $20, are available through Ravel Dance Company. Any additional seats will be sold at the CenterStage box office on the dates of the performances.

For information on future shows at CenterStage, watch its website.