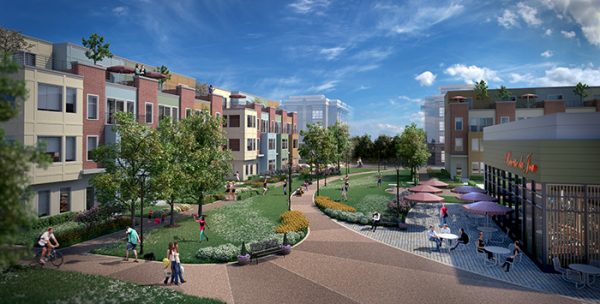 Groundbreaking on redevelopment of the Tall Oaks Village Center is getting closer, but it is still at least half a year away.

According to information provided recently from the office of Fairfax County Supervisor Cathy Hudgins:

“Supervisor Hudgins received notice from the Department of Public Works and Environmental Services that the Site Plan for the Tall Oaks development has been accepted. The Plan number is 009550-SP-003-1. It generally takes about 3-4 months for review if all of the stars align and then bonding process begins for the project. At the earliest, it will probably be about at least six months before the groundbreaking would actually occur.” 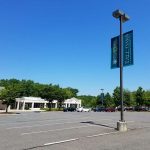 Green or open space will make up 36 percent of the development. Jefferson has provided an animated virtual tour of the plan.

The 70,000-square foot center was 86 percent empty by the time the redevelopment was approved. Jefferson had conducted a market study that showed attracting a new retail anchor was not an option.