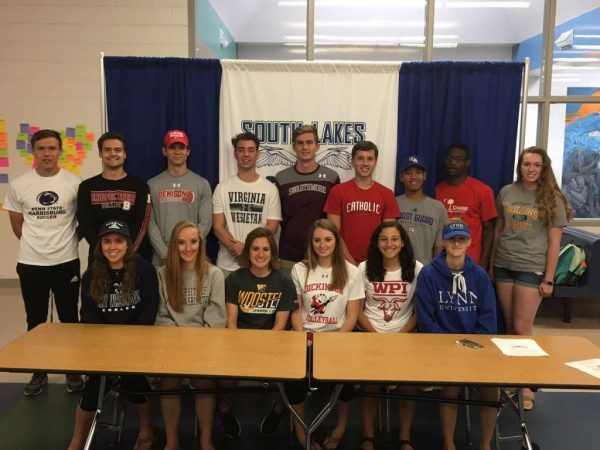 For some athletes at South Lakes High School, the student-athlete lifestyle won’t end at graduation.

From ten different sports, 29 varsity athletes from the South Lakes Seahawks will play in college.

Playing baseball, Noah Luckenbaugh will continue his career at the College of Holy Cross in Massachusetts. Dillon Suzuki will play at the United States Coast Guard Academy in Connecticut, where he will also wrestle.

Marcus Cherry will play basketball at the Massanutten Military Academy in Virginia.

College football players will include Andrew Funaki at the Catholic University of America in Washington, D.C., and David Kroll at the University of Delaware.

Jazmyn Stokes will play softball for Bucknell University in Pennsylvania.