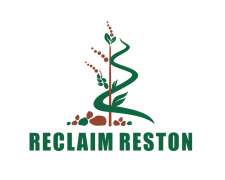 A public space activist group is trying to fight increased density in Reston.

Reclaim Reston, a grassroots organization comprised of Reston residents, on Monday asked the Fairfax Board of Supervisors to issue a moratorium on proposed zoning ordinance amendments from the county’s Department of Planning & Zoning, as well as on approval of any development projects that haven’t yet been submitted.

“Many of the members of the public who have already signed the Reston Moratorium petition have expressed concerns that the things that attracted them to live in Reston, such as ample parks, trails and recreation facilities, quality schools, and reasonable commute times, are at risk as new development proceeds apace,” said Bruce Ramo, a member of Reclaim Reston.

The proposed zoning amendments would change the population density cap in Reston’s Planned Residential Community District, bumping the overall limit on people per acre in Reston’s PRC from 13 to 16. It would also allow for the Board of Supervisors to be able to approve individual developments in excess of 50 dwelling units per acre in TSAs within the PRC and when in accordance with Comprehensive Plan recommendations.

Reclaim Reston fears that the proposal would harm the safety, health, well-being and property values for citizens in the area. Ramo explained that he recognizes the County’s priority is economic development, but said other things are suffering because of this hyper focus.

“The engine driving greater density is far more powerful than that for the schools, parks, roads and other infrastructure needed to support the new residents and to maintain the overall safety and quality of living for the existing population,” Ramos said.

Reston’s PRC District is currently at about 11.9 persons per acre.

The letter from the group to the county states the following:

“We believe that it is critical for the Board of Supervisors to invoke a temporary moratorium on both zoning changes for increased density in Reston, and approval of new Reston development projects (not yet submitted to the County), pending a firm plan linking planned growth and infrastructure funding.”

When asked if Reclaim Reston is willing to comprise with the County and increase the population cap incrementally, Ramo said no.

“A moratorium means a moratorium,” he said. “Keeping the community’s hand on the spigot of density is the best means currently available to us to assure that that the County complies with the requirement of the Reston Master Plan for phased development and infrastructure.”

People in agreement with Reclaim Reston can sign the petition online.