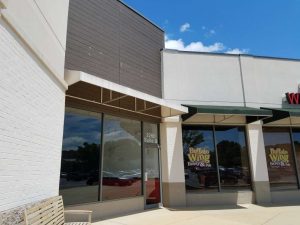 An application has been filed with Fairfax County to bring another new restaurant to the Hunters Woods Village Center.

Under the permit name “Mingtong Huang,” the application for a new restaurant at 2260-B Hunters Woods Plaza was processed earlier this month. Attempts to reach the applicant and plaza management for additional information about the incoming restaurant have been unsuccessful.

The site at the plaza, between Rite-Aid and Buffalo Wing Factory, was most recently the home of Mathnasium. Prior to that, it housed Reston Tailoring for nearly 30 years.