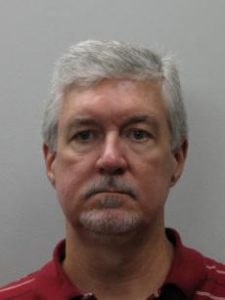 (This article was updated at 2:05 p.m. with comment from SLHS Principal Kim Retzer.)

Police say the former treasurer of the South Lakes High School athletics booster club pocketed tens of thousands of dollars from the club.

The Fairfax County Police Department says 58-year-old Robert Clinage took at least $60,000 from the club while volunteering as treasurer, a role he was in until last year.

According to their report:

After [Clinage stepped away] from his position as treasurer, other members noticed a large amount of money missing from the booster’s bank account. The boosters conducted an internal audit of their account which initially discovered the shortcoming. A subsequent criminal investigation began in December 2016, and charges were filed in June of this year.

As booster clubs are independent of school districts, Clinage was not an employee of the school. Kim Retzer, South Lakes High School principal, responded in an email sent to the entire SLHS community.

As many of you have seen, a former South Lakes Booster Club member was arrested recently for embezzlement of Athletic Booster funds. This is an on-going investigation so there is little I can comment on. What I can share is that I am grateful for the current Booster board members who have faced this situation head on and are fully cooperating with authorities.

Once the new board took over in the fall of 2016, they engaged a CPA to assist with the review of historical transactions and provide ongoing professional assistance. They have fully reviewed and revised the by-laws including implementing term limits and new criteria for board members. They also added an additional financial position to the board to increase safeguards for handling funds. Protocols around handling financial transactions have been further defined with additional safeguards put in place.

The Activities Office and I will continue to work closely with the Booster Club as they work through this situation. I am confident in the current board of highly dedicated parents who are focused on doing what is necessary to revitalize the Booster Club and provide support to our school.

Clinage turned himself in last week, according to FCPD, and was taken to the county’s Adult Detention Center. We have a request out to FCPD for further information, which will be provided once it becomes available.

Anyone with information about this incident is asked to contact the Fairfax County Police at 703-691-2131. Tips can also be submitted anonymously through Crime Solvers or by texting “TIP187” plus the message to CRIMES(274637).