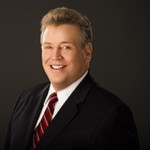 (This article was updated at 4:35 p.m. after confirmation of Wedell’s resignation was received from Sherri Hebert.)

With about eight months remaining in his term, Reston Association At-Large Director Ray Wedell has resigned from the Board.

In a statement provided to Reston Now, Wedell spells out the reasons for his decision; however, his statement does not give an effective date of the resignation. Reston Association Board President Sherri Hebert said she contacted Hebert to confirm his decision and was told his resignation is effective immediately.

The often-outspoken Wedell has been at odds with other Board members throughout his tenure and, recently, he found himself at odds with fellow Restonians over comments he made regarding the future Hook Road Recreation Area project. This controversy came to a head at a public meeting Tuesday night that at times turned ugly.

Wedell was elected to the Board in 2015. His full statement of resignation, as submitted to Reston Now, can be read below:

LETTER OF RESIGNATION FROM THE RESTON ASSOCIATION BOARD OF DIRECTORS FOR TERM ENDING IN APRIL, [2018]

This letter is submitted to Reston Now’s Dave Emke. Dave has been that rare breed of good journalist and good person, who has always been thorough and fair in his presentation and reporting. Therefore, I trust him to provide the unabridged content without any editorial commentary in support or opposition to me or my reasoning.

I have been an at-large Reston Association Board member for the past 2 1/2 years. It is a volunteer position, and it takes large chunks of hours from my personal and professional time. I remember the first time I met Bob Simon was only months before his death, and I believe we became good friends. He asked me at our first meeting, “Why do you want to do this? It seems everybody has their own reasons, and I am always curious what drives people to take these positions.” Finding the “why.” Always a required first step if one wants real success.

I cannot answer for anyone else on why they do this. Personally, I feel no sense of “power” in being a Board member. There was not much particularly enjoyable about always trying to “fight the good fight” against entrenched forces. But it had its rewards. I tried, and sometimes succeeded, in making a difference in some communities and some operations. I have a level of authenticity that is unquestioned; or if anyone questions it, they should be the one under scrutiny. And there were successes, some of which were clearly against all odds, such as driving the Reston Association to take a unified position against the St Johns Wood (SJW) project. In that one, I converted from a massive internal attack against me for even trying, to a 9-0 Board vote to do exactly what I said we should do. Thank you to the SJW people for making this issue a priority and having the guts and intelligence to stay with it. Situations like this are rewarding, and kept me involved despite scales being tipped in the other direction most of the time.

But the successes have been outweighed by the frustrations. And the time commitment required to cover the multitude of issues is just overwhelming, especially when established interests that need reform are too emboldened to be reformed. There was great hope in the new Reston Board (Board 53), and early on it appeared that significant progress would be made to move the Reston Association forward in this tech-enabled world. However, several recent events lead me to believe that it is simply the nature of the beast for people in these positions to gravitate toward similar operational styles of their predecessors; that is, previous rhetoric and narrative to be “change agents”  remains the talk, but falling back on old ways of doing business soon becomes the walk. In the process those who continue to push for the positive changes so many Restonians seek are often caste as devils: outliers who are simply rabblerousing misanthropes. With so many great things going on in my life, I simply need to take the positive path and extricate myself from that which leads me to sometimes need a Snickers Bar.

The Hook Road Fiasco, and Other Upcoming Points of Disagreement

Awhile back, Dave Emke wrote a piece based on a long paper I wrote to try to save the Hook Road Park from oblivion, as one member stated to me. As a resident of Hook Road for seven years, I love the park. When RA first launched a proposal to perform a massive overhaul of Hook Road Park (they will deny this, but those who follow the situation and can put two + two together know that I am right), I was the lone Reston Association Board member to challenge this upcoming fiasco. This was in March, 2017, and is well-documented. But now the person who supported the people’s interests with his volunteer time is castigated publicly by those who have absolutely no idea what his position is. Those with personal interests that will lead to major expenditure take to the attack and seem to win this round. I sometimes have a Biblical bent, so you will have to forgive me if this insults you. But the incident reminds me of that haunting quote, “Give us Barabbas.”

The aftermath of this has led to many friends asking me this simple question: “Ray, why are you doing this? Reston Association will never change. They don’t WANT to change. They will try to devour anyone who attempts to force accountability and who recommends better ways to do things that may threaten their jobs. You have so any more important things to do; so many people to work with who appreciate your efforts, your intelligence,,your candor, your sense of humor. You won’t change anything at RA, no matter what style you adopt. And they don’t pay you anyway.”

But I look at the upcoming budget issues. I look at the obvious disparity in how assessments are collected among different groups in Reston, making “One Reston” a nice slogan, but only a slogan. I see a budget that already has cooked into it ludicrous plans that do not serve the public interest, and all sorts of “okie-dokes” to make people think their assessments are really going to go down, despite no reforms of any operations and more internal silos being created. And I tell my friends, “Someone needs to be there to point these things out.”

But one good friend defeated my position with such force that I cannot deny its truth: “Look, Ray. All of the things you just cited are more frustrations you will endure, more time you will have stripped from your life. And you will not only lose the fight, but in the process of trying to do what you think is right, you will be attacked mercilessly. How can you not see this? Let them go make these crazy decisions. I put this choice in front of you: 1) You can have dinners with friends, meet with more clients, and enjoy what you enjoy doing while probably making more money, OR 2) you can use that same time trying to be ‘a man of the people,’ and in the process, frustrating yourself to no end. How many people out there REALLY understand how hard you work to get things right for them? 3? 4? Choice 1 is CLEARLY the one you need to make.”

This public service thing keeps popping up in my head. There are four RA Board seats up for election next spring. IF all four seats could be won by those who can both talk the talk and walk the walk with regard to reform, while bringing RA into the tech-enabled world of 2017,  then perhaps it would be both fun and rewarding to make that run. I will keep my options open.