The first community meeting to discuss a future project at Hook Road Recreation Area provided members a chance to learn about the process and share information about how their voices will be heard.

It was far from run of the mill, though, as the Tuesday evening event was dotted with angry voices and flaring tempers — and even an appearance from the Fairfax County Police Department.

The meeting was the kickoff of what will be a several-month project to determine what, if anything, should be done to enhance the facilities at the park in North Reston. Design consultant Dewberry was introduced to members, and its representatives shared information about the studies that have been done so far and how community input will be used as the project continues to be studied and eventually decided upon.

Many of the more than 100 members in attendance, however, expressed their dismay with Ray Wedell — the At-Large member of the Reston Association Board of Directors who recently shared his personal thoughts on the project in a five-page statement. In the statement, Wedell said amenities such as the baseball field at the park do not need upgrades, and that consideration should be given to removing the tennis and basketball facilities altogether.

Sherri Hebert, president of the RA Board, made a point at the start of the meeting to mention that Wedell’s opinions in no way represent anything that is being considered by the Board as a whole.

“I did receive several emails, and I know the RA Board did as well … regarding a letter [from Wedell],” Hebert said. “I just want to say that was Ray’s comments and Ray’s perspective; that did not represent the Reston Board or RA.”

Presentations were provided by Elaine Killoran of RA’s Parks and Recreation Advisory Committee and by Garrett Skinner, RA’s director of capital projects, on how the process of determining what will be done at the park will proceed. Members are being encouraged to apply to be part of the Hook Road Working Group, which will be appointed in October and will be asked to give a report to the Board in February.

In December, the Board authorized the allocation of $50,000 from the Repair & Replacement Reserve Fund for the purpose of developing design concept plans related to the Hook Road project. The Board voted at its July meeting to form the working group.

Future community work sessions and roundtable events on the project have been tentatively scheduled for Oct. 4, 10 and 24. 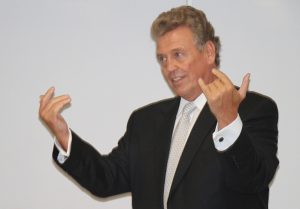 More than once during the meeting, Wedell circumvented the line of speakers waiting to give their public comment on the project. The crowd met him with point-of-order calls and shouted him down as he attempted to shout over them. At one point, some turned their backs on him and refused to listen to his statement.

Wedell said he was within his right to take the stand and respond to comments. Hebert and Sridhar Ganesan, the Board’s treasurer, at one point told him to step away from the microphone, which he had taken from the stand and was holding in his hand.

“I apologize for that,” Hebert told members. “This is actually your meeting, so I would like to hear what you have to say.” 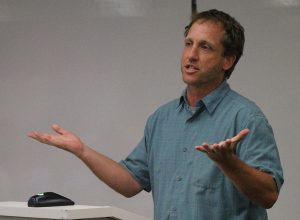 Wedell’s comments about the baseball fields — which include that there is “no need for fancy field backstops and constantly pure lining of sidelines” and that the proposals include “expensive and unnecessary changes to the baseball backstops” — drew the attention of Reston-Herndon Little League president Jason Walker, who said Wedell’s generalizations about field usage at the park are wildly inaccurate.

“Almost everything [Wedell] wrote about Reston-Herndon Little League with regard to equipment needs, our scheduling, the way we use the field, who uses the field — all of it is factually incorrect,” Walker said after the meeting. “I am for the upgrades, obviously, but I think [members] need a fair and accurate representation of facts from someone who has been involved with this, and I have been involved with this since 2010.”

After Walker made his public comment, he and Wedell had a verbal confrontation at the back of the room. An argument ensued in which Wedell told Walker to “shut up,” and Walker was heard calling Wedell “a disgrace.” The men give differing stories on who instigated the argument. After the brief disruption in the meeting, Walker left the room.

The Fairfax County Police Department was summoned at some point, and a pair of officers responded after the meeting had concluded. They conducted interviews at the scene, including with Wedell, but no report was filed.

When asked about the events of the evening afterward, Wedell said the portion of his letter that suggested replacing tennis and basketball facilities at Hook Road with parking — the genesis of a great amount the anger shown by members — was meant to be provocative and to increase community conversation about the plan. The ultimate goal, he said, was to increase the voice of the people who feel no upgrades should be made to the park at all.

“I’ve been pushing for community engagement like this for a very long time, and if it took what they think is a provocative piece to do so, I’m happy it happened,” he said. “When this first came up in March, I was clear — do nothing. Just standard maintenance. We don’t need any of this to happen.”

Tuesday evening’s meeting was recorded by RA staff and will be made available on the Association’s YouTube channel. Members who would like to receive email updates about the project can join the mailing list by emailing [email protected].

All documents from this meeting and all future meetings on the project will be made available on the Hook Road page on Reston Association’s website.