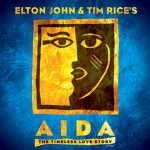 The Reston Community Players’ 2017-18 season will open later this month with a performance of Elton John and Tim Rice’s musical “Aida.”

According to information provided by Reston Community Players about the show:

This musical is popular and special because its story combines a tragedy of love and intriguing politics. Although set in Egypt centuries ago, theatergoers will experience the tension created by the forbidden love between a Nubian princess and an Egyptian soldier betrothed to the Pharaoh’s daughter. Sir Elton John, one of the most successful music artists in the modern era, composed Aida’s stirring music and the amazing Sir Tim Rice, who made his reputation writing hits like Jesus Christ Superstar and Evita, wrote the lyrics. To the delight of audiences, they combined their talents to create Aida, Disney Theatrical Productions’ first Broadway musical for grown-ups.

The show will be performed Friday and Saturday nights at 8 p.m., with 2 p.m. matinees on Sundays. No show is scheduled Sunday, Oct. 22. Tickets are available from the Reston Community Players website.

In its 51st season, Reston Community Players is a 501(c)(3) nonprofit organization that has been producing high quality theatrical productions since 1966. RCP is partially funded by grants from Fairfax County, in cooperation with the Arts Council of Fairfax County.