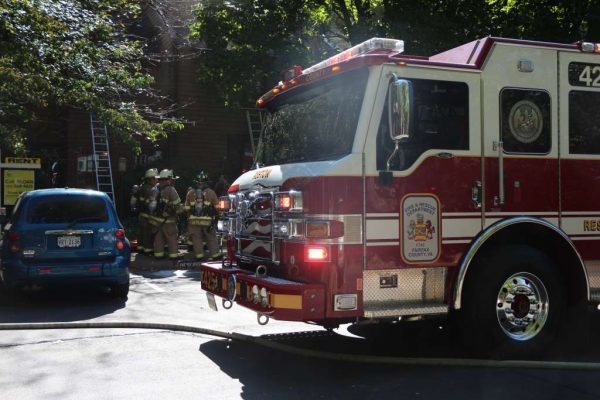 Fairfax County Fire and Rescue has released additional information about a Monday fire on Hearthstone Court in South Reston.

According to a news release from Fire and Rescue:

Units arrived on scene and reported smoke showing from a two-story, middle unit townhouse. Crews quickly located and extinguished a fire in the basement of the townhouse. Firefighters rescued two cats from the home and reunited them with their owners.

Two adult occupants were home at the time of the fire. The fire was discovered when the occupants investigated an explosive sounding noise in the home and found the house filling with smoke. The occupants safely evacuated and called 9-1-1. A smoke alarm in the basement did activate.

Fire investigators determined the accidental fire started in the basement of the townhouse. It was caused by an incandescent lamp that was too close to combustible materials, they say.

No one was injured in the fire. Two adults and three teenage children who were displaced by the blaze are being assisted by Red Cross.

The fire is estimated to have caused about $90,000 in damages.