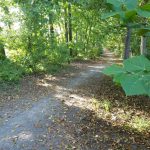 A man in serious condition at Reston Hospital was identified this morning after Fairfax County Police issued an announcement asking for the public’s help to identify the patient Saturday afternoon.

Family members have been contacted, according to a statement by the police department.

Fairfax County Fire and Rescue found the unconscious man on Saturday at 12:42 p.m. on the Washington and Old Dominion Trail. He had no identification. He was taken to Reston Hospital Center.

SEEKING INFO UPDATE: Patient at Reston Hospital has been identified. Thank you all for the retweets! https://t.co/hDoi6fsqpV pic.twitter.com/ZCxmlpBT7U

The man, a white man in his 30s, weighing around 180 to 200 pounds, was wearing a gray sweatshirt, black running pants, a black skull cap, and white and blue Asics running shoes. He had an iPod and a smartwatch with him.