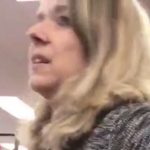 10. Confirmation by the National Weather Service that a small tornado touched down in Herndon drew 8,688 views. The tornado was classified as the lowest level on the scale with a top wind speed of between 60 and 70 miles per hour.

9. The beginning of paid parking at Reston Town Center remains a hot topic, marking the first time the retail and residential complex, which opened in 1990, will require parking fees. ParkRTC began on January 3. Nearly 9,000 people signed a petition to stop new parking fees at RTC. The post drew 9,107 views.

7.  An announcement about the opening of Willard’s BBQ at 11790 Baron Cameron Ave. had 10,117 views, continuing a theme of high-ranking stories about business closures and newcomers.

6. A report about an anti-Muslim exchange at Trader Joe’s in Reston received 10,934 views. The video, posted by comedian Jeremy McLellan, appeared to show a woman making anti-Muslim comment while in line at the store and attracted worldwide attention.