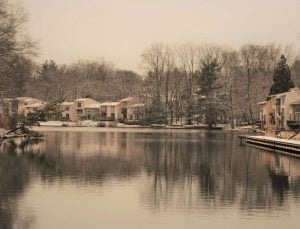 Funeral Services Held for Reston Couple Killed Before Christmas — Close to 800 people attended funeral services over the weekend for the Reston couple killed a few days before Christmas. A 17-year-old with suspected neo-Nazi sympathies has been charged in their murder. [WTOP]

Greater Reston Arts Center Selected for ’50 for 50 Arts Inspiration’Award — The Virginia Commission for the Arts, a state arts agency, selected GRACE to receive the award in the category of bedrock institutions. The “50 for 50 Arts Inspiration Awards” were conceived and designed by the commission as a 50th anniversary tribute to 50 examples of programs, individuals, and organizations critical to the arts in Virginia. [Viva Reston Lifestyle Magazine]

FBI Raids Home in Sterling — FBI agents arrested Sean Andrew Duncan on Friday and charged him with attempting to obstruct a terrorism investigation. According to court documents, law enforcement allege Duncan has links to terrorism and sympathized with ISIS.  [WUSA 9]