The Fairfax County Dept. of Transportation plans to realign Sunset Hills Road to Crowell Road, with a roundabout as the intersection control, according to a proposal filed last month. The Fairfax County Planning Commission will hold a public hearing on the plans today at 7:30 p.m.

Hunter Mill Road would be widened to four lanes between the intersection of Crowell Road and Sunset Hills Road to the Dulles Toll Road’s westbound ramps. The four-lane section would use existing right-of-way and pavement along Hunter Mill Road. 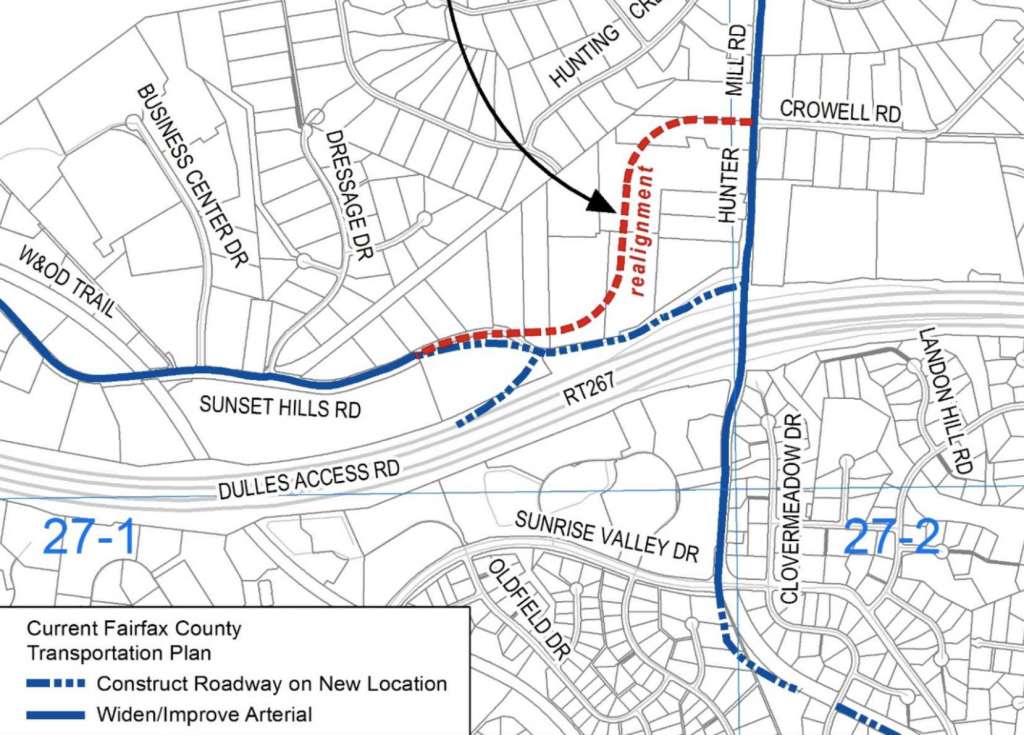 The plan departs from six alternatives discussed during six community charrettes since 2014. County officials found that no alternative would adequately reduce congestion during peak hours, according to the proposal.

Originally, the county hoped to shift the Sunset Hills Road intersection by moving it opposite the westbound off-ramp for the Dulles Toll Road and relocate the on-ramp to begin at Sunset Hills Road west of Hunter Mill Road. But a Metrorail track power substation is now being built at that site.

The proposed solution would address traffic congestion and the roundabout feature meets the community’s desire to “calm” traffic to the north of Crowell Road, according to the plan.

The road realignment was prompted in response to increased traffic congestion driven by new development.

A hearing before the Fairfax County Board of Supervisors is set for March 6 at 4 p.m.