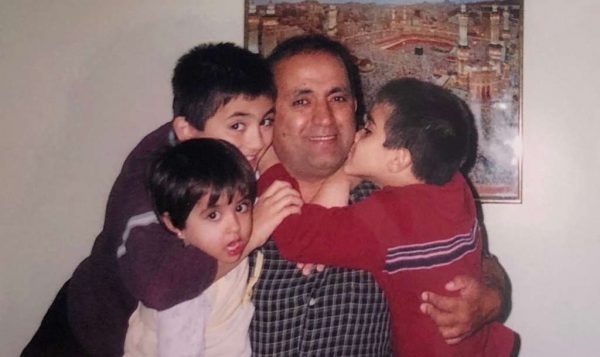 Rahim Barak, a 58-year-old father of five, was killed by Taliban insurgents during a chaotic siege at Kabul’s largest hotel last month. It was the first time the U.S. citizen, who lived in Herndon for the last 17 years, visited his home country in 30 years.

Three other U.S. citizens were killed in the Jan. 20 attack. Insurgents stormed the Intercontinental Hotel, a prominent hilltop hotel often visited by foreign guests and envoys. Barak was found with a single gunshot to the head. Others were found with burnt bodies and missing body parts. Hundreds of other guests spend the night hiding in rooms, unsure if they would survive the night.

Minutes before the incident, Barak had taken a photo with two friends as they dined at the hotel. The picture is the last possession his family has of him when he was alive.

Political turmoil and conflict caused by the Soviet Union’s invasion of the Afghanistan pushed Barak to flee from his home. He sought refuge in Peshawar, Pakistan and came to the United States in the late 1980s to build a new life for himself and his family.

Leaving behind his studies in law, Barak took up a motley of jobs at a pizza restaurant, Dulles International Airport, Marriott and a movie theater, working long hours and six days a week at one point. Family members and friends remember him for his loving personality and generous nature.

Barak later married his wife of 22 years and had five children. The youngest is six. Most recently, he worked as a cab driver and a travel agent.

His eldest son, Fawad Barak, 21, describes his father as a “people’s champ” who was always ready to offer a helping hand and sacrificed his life “for the betterment of his family, children, and loved ones.” 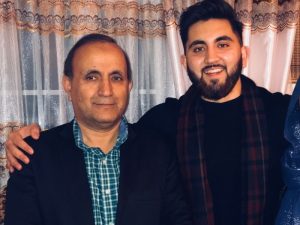 “There were very few moments where he was able to enjoy the fruits of his labor but most of his life, especially since the war in Afghanistan, he aimed to seek a better life for his family and children,” his son said. “I remember my father would always tell me that the sweat, toil and tears that he put in for his family will soon be relieved when his eldest child graduated from college and so forth with his other children following his footsteps.”

His father’s dream is now coming close to reality. His eldest son is wrapping up his junior year at George Mason University. In meantime, his son hopes to pass down the dreams and passions that drove his father’s hard work to his siblings.

“I am blessed and grateful to have been in a presence of such a beautiful human being, and most of all for him to be my father will be the greatest honor bestowed upon me while I’m on this earth,” he said.

Barak is survived by five children and his wife. Hundreds attended funeral services at All Dulles Area Muslim Society center in Herndon several weeks ago. He was known for regularly attending pre-dawn prayers at the mosque.

“The amount of love and support from the community we have received and the attendance at his funeral services displays a true testament of his character and who he truly was,” his son said.

A LaunchGood campaign for the family has raised $11,343 since it was launched on Feb. 1.