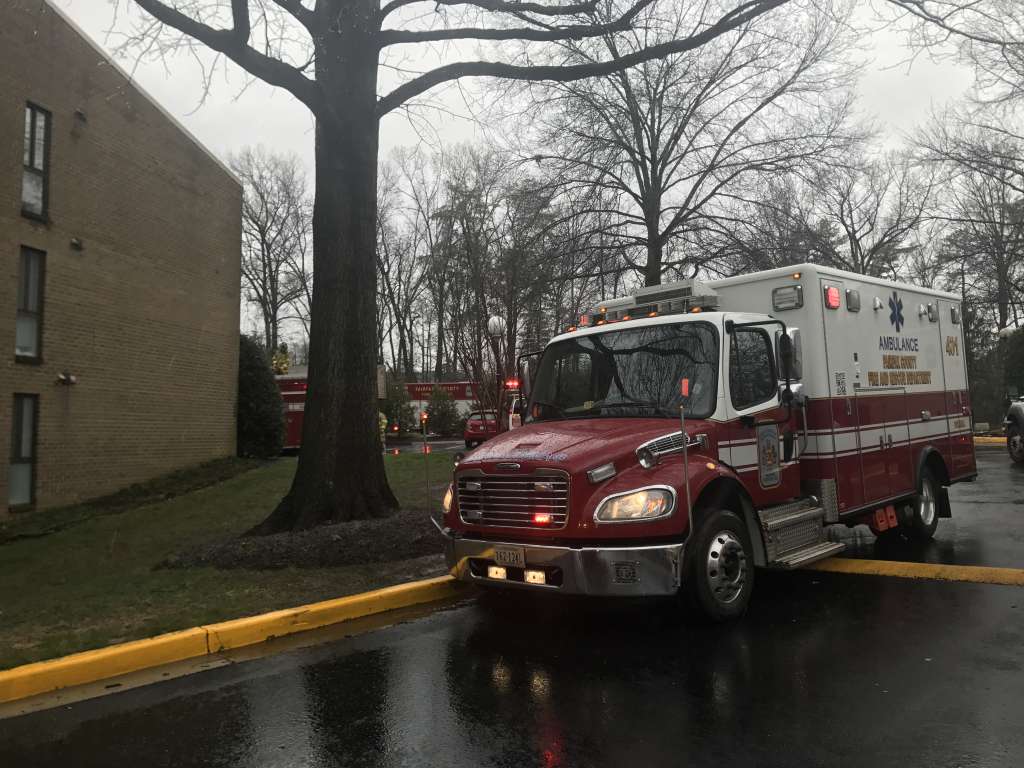 A fire on the outside of a two-story, garden-style apartment building on 11600 Ivystone Court was put out around 2:15 p.m. today.

The Fairfax County Fire and Rescue Department responded to the report of a fire in the afternoon. The fire was visible at the front of the building. No injuries were reported.

Initial reports indicate the fire was concentrated in the electrical entrance to the building. The building was evacuated as a precautionary measure and residents were allowed back in around 3 p.m.

Dominion Energy also responded to the scene as firefighters cleared the ventilation system. The exact cause of the fire is still under investigation.

This story has been updated.  Photo by Fatimah Waseem.