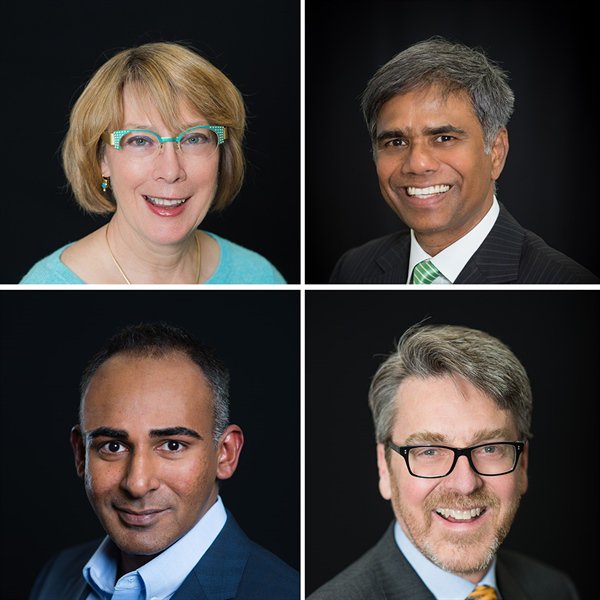 Reston Association’s Board of Directors will welcome two new faces following the Tuesday night announcement of election results in the contested race.

“It’s our hope that the entire membership will join us in this recognition regardless of the outcome,” said Caren Anton, chairwoman of RA’s elections committee.

Ganesan won with 3,476 votes — just 294 votes more than Iyer. Margins in other races were not as slim. Bitzer won over Tammi Petrine with 662 more votes for the South Lakes District seat and Sigle won with more than 843 votes.

Thirteen candidates vied for four open seats during the election period — competitiveness that Anton said could help boost voter turnout, which has been historically low for the organization.

Bitzer also highlighted the need to maintain recreational amenities. With five of RA’s fifteen pools slated for major renovations in the next five years, Bitzer said it is critical to complete a pool demand analysis before upcoming decisions on the budget and RA assessments. She also hopes to build off the work of a working group established in March to analyze lake and boat access.

“Our overall policies and governance have some conflicting guidance and potentially out-of-date boat restrictions – again the timeline is to have recommendations ready for the Board’s consideration by November for changes to benefit all – those who use the lakes and those who must enforce our usage and access policies,” Bitzer said.

Iyer said the campaign season has been a “long and uphill journey.” He will continue to “ stop wasteful spending, improve Board transparency, stop projects invasive on neighbors and nature, and advocate Member interests with Fairfax County.”

He noted that the county’s response to RA’s letter about planned population density increases indicated the need to investigate more effective options witht he community.

“… I am not certain if our methods have been effective in conveying Member interests to Fairfax County,” he said.

He also said he was interested in addressing a concern he said he repeatedly heard on the campaign trail that member complaints were not being heard.

The impact of slates on the election — a relatively new development in the election — is unclear. One official slate, “4 for Reston” slate included Ganesan, Travis Johnson, John Bowman and Petrine.

A group of Reston residents created and endorsed an informal group for mailing distributions, coined the “Alliance for a Better Reston,” which included Bitzer, Sigle, Colin Meade and Aaron Webb. RA candidates said they did not choose to be a part of the alliance.

This story has been updated. Ganesan was not immediately available for comment.