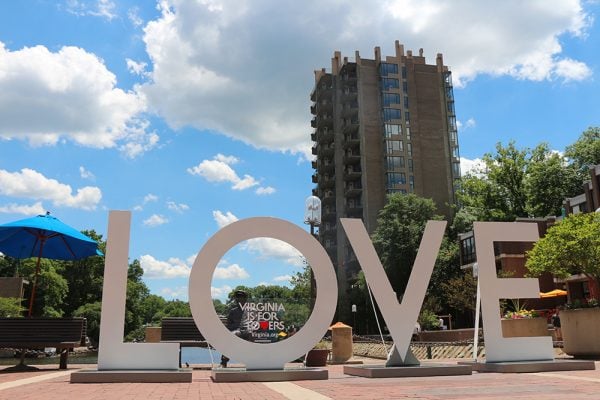 Virginia’s “LOVE” letters are making a comeback to the Lake Anne Plaza from May 31 through June 7.

The letters statue is known for photo opportunities. Lake Anne Brew House is encouraging locals to come to the plaza for the statue and to stay for local events on the plaza including a Pride Night event held at the brewery on June 1 from 4-11 p.m.

June is LGBTQ pride month. It was established to honor the 1969 Stonewall riots in New York City, during which patrons and supporters of the Stonewall Inn protested to resist the harassment and persecution of LGBT Americans by the police, according to the Anti-Defamation League.

Reston has other events in store for the month, including an inaugural Pride Festival, led by the Unitarian Universalist Church in Reston.