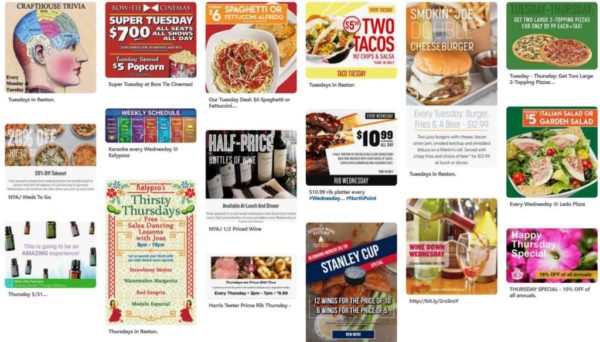 Each Monday, Tim’s Reston Directory sets the table with deals and events for the work week ahead in Reston. Due to the holiday weekend, the weekday listing publishes on today. On Friday, we’ll catch up with Tim again with the upcoming weekend’s deals and events.