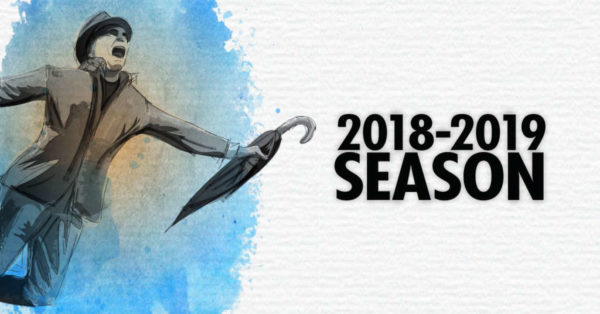 NextStop Theatre Company is celebrating its 30th anniversary with a special community production of Amour, a French music fable about a man who walks through the walls that confine him. The 2018/2019  includes seven shows that will run between August 3 and June 23.

“These shows range from the truly epic to the deeply intimate,” said producing artistic director Evan Hoffmann. “But each one is certain to bring our beloved community a unique and personal experience, filled with the kind of joy and fulfillment that you can only find in live theatre.”

The season will kick off in September with The Wedding Singer, a musical based on the film starring Adam Sandler and Drew Barrymore. In the fall, the theater company will feature East of Eden, an adaptation of John Steinbeck’s novel, which brings the story of Adam, Eve, Cain and Abel to California in the 20th century.

The new year will begin with [title of show], a musical comedy about four friends who write a musical as the deadline for submissions is three weeks away.

In February, NextStop will present The Wolves, Pulitzer-Prize nominated play by Sarah DeLappe that explores the lives of suburban high school girls and offers a glance into the lives of young women today.

March features Fallen Angels by Noel Coward. Directed by managing director Abigail Fine, the comedy follows the rivalry between two housewives who await the arrival of a former lover. The season will close out with Singin’ in the Rain.

Subscription options and season packages are available. Prices start at $119. The complete lineup, including show timings and dates, is online.