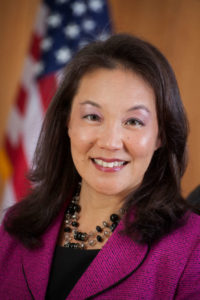 Cunningham, who lost her seat in a narrow and highly charged election, was replaced by newcomers Cesar del Aguila and Pradip Dhakal.

Del Aguila and current councilmembers Sheila Olem and Signe Friedrichs, who both won re-election, filed a civil suit on Sept. 24 against Cunningham for allegations of malicious prosecution. The trio ran a unified campaign.

John Farrell, the attorney for the plaintiffs, told Reston Now that his clients directed him to file a nonsuit last Tuesday, which the judge has not yet signed off on.

Farrell said his clients decided to drop the case “since they won the election quite handily.”

The lawsuit alleges that the four-term councilwoman engaged in malicious prosecution over when she filed campaign law violations against the trio. The Virginia State Board of Elections dismissed the three complaints lodged by Cunningham.

The judge in the case rejected Cunningham’s attempt to dismiss the case.

While re-election of four incumbents maintained much of the board’s composition, the lawsuit signals a changing dynamic of the new town council.

“I think it is a shift in who is the dominant voice of Herndon,” Farrell said. “I think my clients would hope that the people who supported Ms. Cunningham will support the interest of the voters.”

Cunningham declined to comment to Reston Now because the case is still pending.