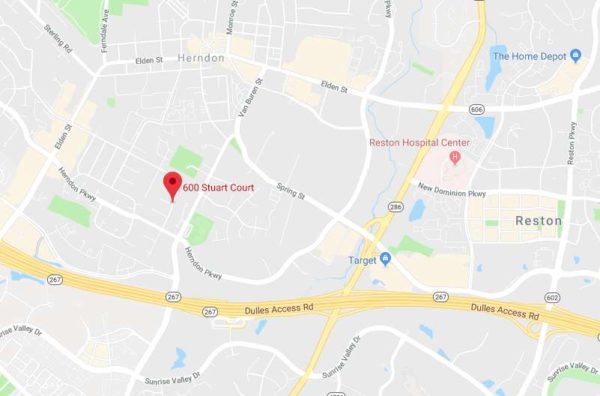 A fire broke out in a Herndon house early Thanksgiving morning, leaving four residents temporarily without a home for the holiday.

The fire broke out in an attic above the garage, shortly after 3:30 a.m. this past Thursday, according to Fairfax County Fire and Rescue. Investigators determined that it was sparked by a malfunctioning box fan.

Firefighters worked to “aggressively” extinguish the flames, but because of the damage the four residents — along with two guests — were not able to stay in the house.

On Thursday, November 22, at approximately 3:38 a.m., units responded to a reported house fire in the 600 block of Stuart Court in the Town of Herndon.

Units arrived on scene of a two-story, single-family home with no visible sign of smoke or fire. Crews quickly located a fire in the attic space above the garage. Firefighters worked aggressively to extinguish the fire. No civilian or firefighter injuries were reported.

A total of four occupants and two visitors were present at the time of the fire. One of the occupants awoke to flickering lights and an odor of smoke. The occupant alerted the others and called 9-1-1. The six occupants self-evacuated prior to fire department arrival. Working smoke alarms were installed but did not activate due to location of the fire.

Four residents of the home were displaced because of the fire. Red Cross assistance was offered and accepted. Damages as a result of the fire were approximately $75,000.