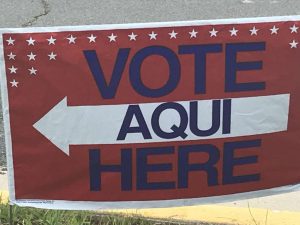 The Virginia House of Delegates has an opening for a seat that represents Herndon.

Del. Jennifer Boysko, a Democrat currently representing the 86th District, won the special election yesterday (Jan. 8) to take over the 33rd District seat in the State Senate vacated by Jennifer Wexton when she became a Congresswoman.

Boysko won with just under 70 percent of the vote, while her opponent, Republican Joe May, received about 30 percent. With Boysko moving to the State Senate, voters will get choose who will fill her district seat, which includes Herndon.

Several Democratic candidates announced they will vie for the seat, including:

The Democratic candidates will vie for the spot at the primary on Saturday (Jan. 12).

Herndon residents who are registered voters in the 86th District can vote between 10 a.m. and 4 p.m. at Dranesville Elementary School (1515 Powells Tavern Place).