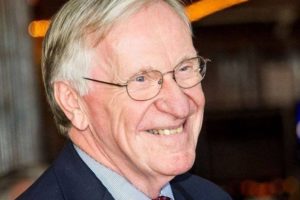 Del. Ken Plum and 14 members of the Virginia General Assembly want toll relief for federal workers who are commuting on Virginia toll roads — including the Dulles Greenway — to go to their unpaid jobs as the longest government shutdown in U.S. history continues without an end in sight.

On Friday (Jan. 11), the 15 members sent a letter to the Secretary of Transportation Shannon Valentine and Greg Woodsmall from the Toll Road Investors Partnership II, L.P., urging them to work with EZ-Pass to develop a system to freeze tolling Virginian workers who are forced to work without pay during the current government shutdown.

“It is suggested that this letter [from the workers’ respective departments] is submitted in conjunction with their EZ-Pass transponder number and that this number be used to freeze the transponder’s ability to charge the petitioning Virginian during the entirety of their furlough,” the members wrote in the letter.

They also urged Valentine and Woodsmall to design a way to reimburse tolls that were collected from Dec. 20 —  the beginning of the federal government shutdown — until the shutdown ends.

Virginia is the sixth most affected state by the shutdown with more than 34,000 workers who are affected by the furlough and a “significant number of them” who are expected to work without pay, according to the letter.

“These hardworking Virginians are TSA agents, United States Marshalls, FBI agents and others who are working hard to protect our nation and state, allowing our nation’s operations to continue during the government shutdown,” the members wrote.

Del. Karrie Delaney, who represents a large population of federal workers in the 67th District, which includes parts of Herndon, said that the letter is an opportunity to provide some financial relief for the federal workers who “are trying to figure out how they are going to make ends meet.”

“I represent TSA Agents, United States Marshalls, and FBI agents who are currently working without pay in order to protect our nation and our state,” Delaney said in a press release. “These residents are still going to work every day to ensure our nation’s operations continue, but they are not receiving a paycheck.”

JUST RELEASED: 14 other members of the GA and I have written the Secretary of Transportation to request that they take action and provide toll relief for furloughed federal workers who are still commuting on Virginia toll roads to go to their unpaid jobs.https://t.co/l5v6Lv5qQC