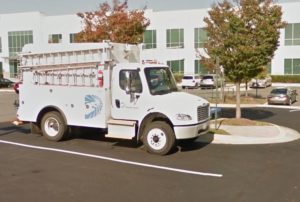 The power outage started around 7 p.m. on Jan. 12 after a vehicle ran into a pad-mounted transformer, Charles Penn, Sr., a spokesman for Dominion Energy, told Reston Now.

The accident happened right around when roads throughout Reston became snow-covered during the weekend’s winter storm.