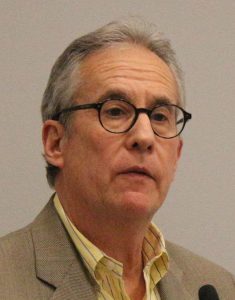 This letter was submitted by Bruce Ramo, a member of community groups Reclaim Reston and Coalition for a Planned Reston. It does not reflect the opinions of Reston Now. We publish article and opinion contributions of specific interest to the Reston community. Contributions may be edited for length or content.

It’s a lot to ask of everyone in Reston to understand the minutiae of land use law. We have families and jobs and other responsibilities. And, after all, we chose to live in a planned community with loads of covenants and design guidelines. We can leave it to the “experts.” Except we can’t.

Like it or not Restonians have little say over how our community is being developed, and the elected official who should be watching out for us, our county supervisor, has retreated to a defensive posture. She frequently tells us “we just don’t understand” and has suggested that Reston, perhaps the most progressive community in Virginia, opposes the proposed increase in the density cap out of fear of “the other” sharing our neighborhoods. This is simply untrue. The community group Coalition for a Planned Reston proposed an increase in the required affordable housing levels for Reston–our supervisor did not support us.

So what’s the big deal about increasing the density cap, from 13 to 15 persons per acre, in the primarily residential areas of Reston called the Planned Residential Community district? The supervisor and county staff tells us that the increase is necessary to implement 2015 changes to the Reston Master Plan. Those changes allow significantly increased density in the Village Centers and other “hot spots” throughout established neighborhoods of Reston, far from the Metro stations.  We are also scolded about speaking up now because, as the story goes, the public had lots of opportunities back in 2014-15 to comment on changes to these portions of the Reston Master Plan changes called “Phase 2.” (Phase 1 involved only the transit station areas.)

Our supervisor and county staff frequently repeat the myth of significant community involvement in Reston Master Plan Phase 2.  However, the county disbanded the citizen “task force” set up for community review before the Phase 2 review. There simply was little in-depth public review of the changes that are the driver for increasing the density cap.

Why should you care? Because if the zoning density cap is lifted, the ability of the community to push back on significant high-density development in our established residential neighborhoods effectively will be eliminated. Sure, each of us can watch out for individual development applications, but the force of overall community oversight based on a reasonable density cap will have been taken from us forever.

We have invested our financial resources, identities and emotional loyalty to Reston as a planned community. The density increase is an existential threat to those investments.

Take action to protect your hometown. Help maintain the current density cap and the modicum of control it provides over those who would rob us of a community grounded in diversity, environmental stewardship and quality of life.

Attend the Jan. 23 meeting of the Planning Commission at the Fairfax County Government Center at 7 p.m. (and wear your yellow shirts!)