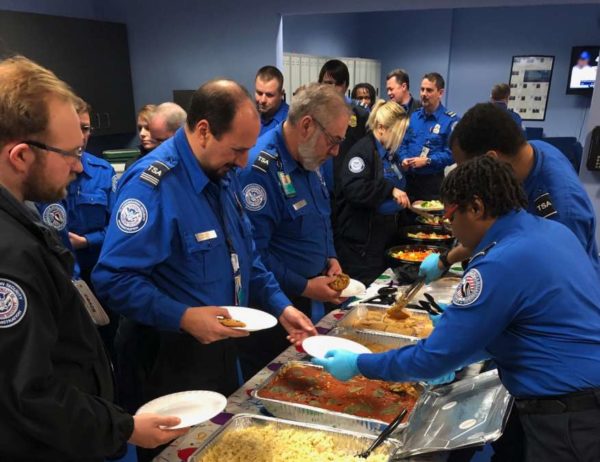 Updated at 10:45 a.m. — Includes information about feeding the TSA workers from Gaurang Shah.

Vapiano in Reston Town Center has been pitching in to help government workers as the partial federal government shutdown looms on without an end in sight.

The recent efforts stemmed from a desire to “take care of those who take care of us during this political standoff,” according to a press release.

Gaurang Shah, the local behind the Reston Going Out Group on Meetup.com and a Vapiano regular, approached the restaurant with an idea: ask for food donations to serve to TSA workers.

Vapiano then created a menu of homestyle Italian meals. Shah told Reston Now that he pitched in supplies and other food, along with reaching out to a TSA Supervisor at Dulles International Airport who agreed with the proposal.

Shah said that hundreds of TSA workers came to the restaurant for the food.

On MLK Day we'd like to give back to the community & offer all furloughed Federal Workers 50% off their entire check. Just come by & show your government ID when checking out. See you in a bit!#GovernmentShutdown #MLK2019 pic.twitter.com/7K5GqIiuXd