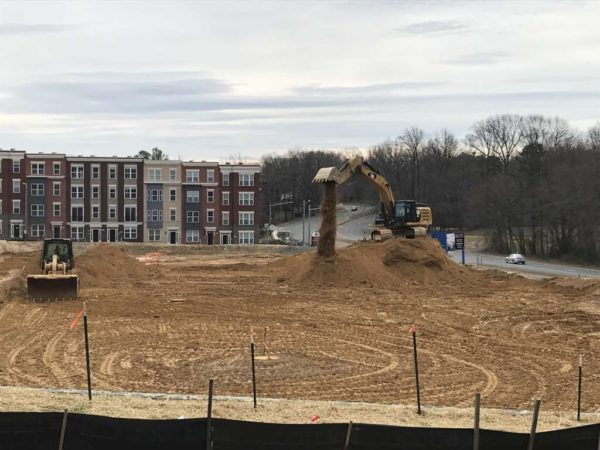 Work on a new townhome community is on schedule to add to the growing residential options along Sunrise Valley Drive.

The spokeswoman said that the project is “currently on schedule” with anticipated completion in 2021.

When asked about the sign on the site that says the development is “opening early 2019,” the spokeswoman responded that Toll Brothers expects a late spring or early summer opening.

Work started on the project in 2017 when trucks tore down a six-story office building that was on the site at 11720 Sunrise Valley Drive, which is close to both the Wiehle-Reston East and the future Reston Town Center Metro stations.

The four different townhome plans all feature three bedrooms, two full bathrooms and three half bathrooms and are priced in the upper-$700,000s, according to Toll Brothers.