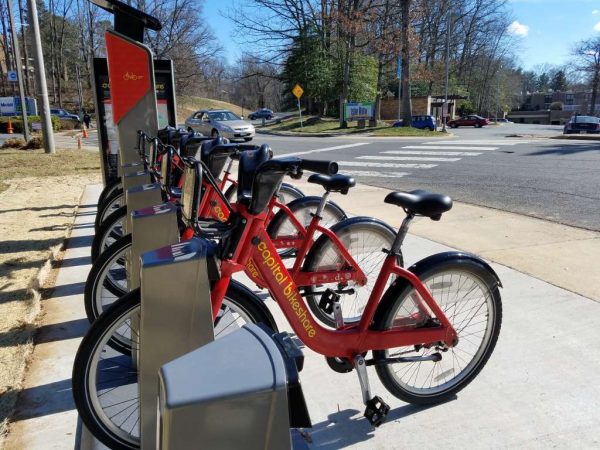 Fairfax County officials have called Capital Bikeshare in Reston a success since the program was launched in 2016.

Now, the county plans to install 10 stations by next spring.

At a Fairfax County Board Transportation Committee meeting yesterday (May 14), staff discussed plans to expand the program throughout Reston, Tysons, Vienna and Merrifield.

The 16 stations already in Reston are used more frequently than the 13 in Tysons, according to county data.

Staff have been hesitant to pinpoint exact locations of the stations, but did release a list of possible sites during yesterday’s meeting:

Overall, bikeshare use in the county increase by 3.3 percent between 2017 and 2018. The county is also now seeing more bicyclists use the bikes for trips beyond Wiehle-Reston East in Reston.