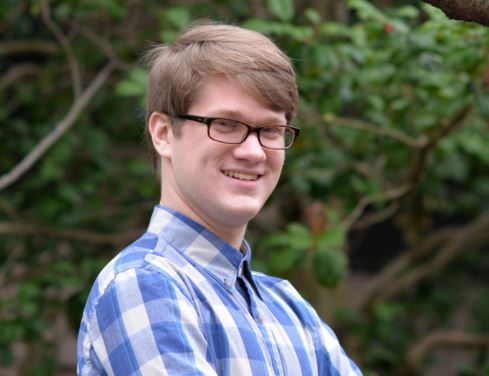 Five Democrats are running for the seat of Hunter Mill District Supervisor after Cathy Hudgins, the current supervisor, announced plans to retire earlier this year. This week, Reston Now will publish candidate statements for each of the candidates.

Statements, which are in question-and-answer format, are published in the order in which they are received. With the exception of minor formatting edits, profiles are published in unedited form. Each candidate had the opportunity to answer the same questions in their own words. Stay tuned for a stand-alone article on the candidates’ positions on the recent sale of Reston National Golf Course.

What inspired you to run for this seat?

I decided to run for the Hunter Mill Supervisor’s position because I feel that the wishes of the community have too often been ignored, and that the developers have been allowed to gain too much power. I believe it is imperative that our local supervisor reflect the wishes of the people of Hunter Mill, and stand up to those who go against the people’s wishes. The developers have been the largest aggressors against what the people of Hunter Mill have wanted in my opinion.

In Reston we have seen a massive proliferation of high rises that much of the community has been against. This is on top of the fact that many more have already been approved, and have not broken ground. There will be little the new supervisor can do to stop those that have already been approved meaning the situation is already worse than it may currently appear. I want to make sure that going forwarded that any new development passes two litmus tests.

Does it have the approval of the community, and will it be truly beneficial? If not the developers should not have their way, and I would stand up to them to protect our great community. The issue of the paid parking in the Reston Town Center is another example of the developers excessive power with Boston Properties having created a significant problem at the center of community. I am running because I want this to end and the will of the people be implemented.

What are the three biggest concerns you have for Reston? What do you plan to do address them?

My three biggest concerns for Reston are the issue of development that does not reflect the communities wishes, the situation of paid parking at the Reston Town Center, and making sure that all of our schools receive the proper resources to succeed. In Reston Town Center, the fact that Boston Properties was able to obtain complete ownership has caused significant problems for our community. The introduction of the paid parking program has been devastating.

Since its introduction, the amount of people who go to Town Center has declined drastically with many still refusing to outright go anymore. As a result of this many businesses have been forced to leave with those who remain having significant cuts to their profits. I want to bargain with Boston Properties to get contractual obligation with the county that ends the Paid Parking situation. Boston Properties wants numerous things from the county ranging from zoning changes, regulations, taxes and more. This leaves a wide range of room to get a deal that will see this awful policy end.

When it comes to education I want to see that our schools are fully funded, our class sizes are reduced, and that our teachers are paid better. Fairfax County already has a very good education system, but it can be much better. If we make sure our schools are not overcrowded and receive the necessary resources we will see major improvement in our education system going forward.

How can the county improve how it manages growth and development in this growing community, especially as it relates to infrastructure needs, transportation, and affordable housing?

I am a big believer in self determinacy when it comes to growth. I believe every community should be allowed to develop along the lines it chooses, rather than the wishes of politicians agenda’s. For much of the county this means allowing them to effectively grow and develop quite a bit. Here in Hunter Mill both Reston and Vienna have significantly pushed back against calls to significantly increase the levels of development. Those wishes should be heard everywhere, instead of the county moving forward with a philosophy of every part should grow significantly.

When it comes to grow anywhere in the county, it needs to be done in a smart responsible way that does not significantly burden our schools or our transportation infrastructure. We cannot allow our schools to become even more overcrowded or our commute times significantly increased. Any development in the county needs to be done at a rate in which we can make sure that our infrastructure can stay on pace with it.

What do you hope to accomplish in this position?

On top of the major issues of development and the paid parking situation, there are some other major issues I want to see addressed county wide. I want to see that the number of affordable housing units is significantly increased throughout the county. While I believe in multifaceted approach to achieve this, I think a significant portion of the burden of creating new units needs to be put on the developers. If they want to develop in Fairfax County they need to really make it worth our while in the process. Traffic is an everyday reality for most people in the county. While there are no magical solutions to fix the problem, the county needs to work aggressively towards trying to reduce commute times. Making sure people’s the length of people’s commutes does not worsen is the first step, but we must also make sure to chip away a the current length of commute time. Even saving people five or ten minutes really adds up over time.

Our environment is so important, especially as climate change continues to get worse. I want to make sure that throughout the county that our forests and other green spaces are protected. We so often as county fail to protect them whether it be from environmental degradation or from developers who see additional land for them to profit off of. In addition to protecting our green spaces the county needs towards a higher use of clean renewable energy in Fairfax County.