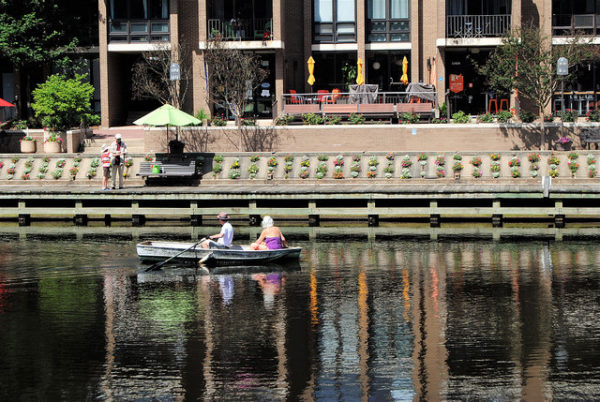 Reston Association’s Board of Directors will discuss the implications of changes to the organization’s policies regarding lakes, docks, and boats on Thursday, June 27.

The discussion follows a formal presentation last month by a working group tasked with reviewing RA’s guidelines. At a May 23 meeting, the board directed staff to review changes to RA’s resolutions and policies regarding enforcement and oversight issues.

One of the most contentious topics — RA’s 50 percent rule — will be discussed in closed session at the direction of RA’s legal counsel. The rule states that moored boots may take up no more than half of the available lakefront property shoreline.

Some RA members have disputed a recent push to strictly enforce the rule, which they say has not been implemented in the past.

Changes involving use and maintenance standards as well as common area rules and regulations will be discussed at the board’s operations’ committee on July 8.

Similarly, the Parks and Recreation Advisory Committee will discuss whether or not access points around Reston’s lakes should be added.

The board will also discuss a 2019 reserve study and last year’s audit, according to a draft agenda.