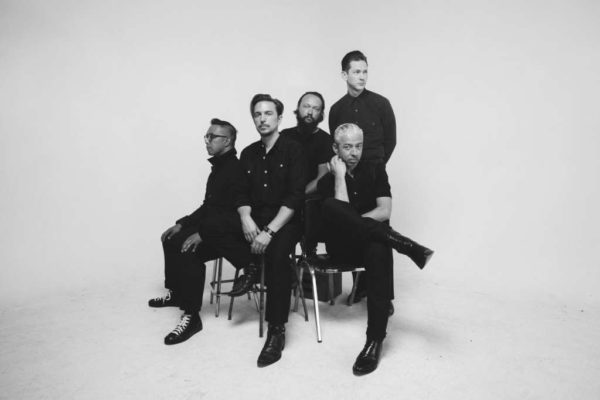 McPherson and his band, which is known for its 50s-style rock and rock and R&B tunes, are coming as part of RTC’s weekly Saturday night summer concert series. Concerts, which are free and open to the public, take place at the pavilion from 7:30-10 p.m.

His first album, 2012’s Signs &amp; Signifiers, which included the breakout hit North Side Gal, was hailed as “an utterly irresistible, slicked-back triumph” by Mojo and “a rockin’, bluesy, forward- thinking gold mine that subtly breaks the conventions of most vintage rock projects” by All Music Guide. The Washington Post wrote that, “he and his bandmates are great musicians taking ownership of a sound, not just mimicking one.”

The best rock music has a story to tell. McPherson’s most recent album, the 2017 release Undivided Heart & Soul, chronicles a series of upheavals, frustrations, roadblocks, and kismet–a cross-country move, failed creative relationships, a once-in-a-lifetime career opportunity, and learning to love making music again by letting go. That move, from his hometown of Broken Arrow, Oklahoma to East Nashville, has greatly influenced his new crop of songs.

The summer concert series, which is in its 29th season, ends on August 24. A complete schedule is available online.

More Stories
Reminder: Send Reston Now Your Op-Eds and Letters to the EditorRoots Music Festival and More this Weekend in Reston