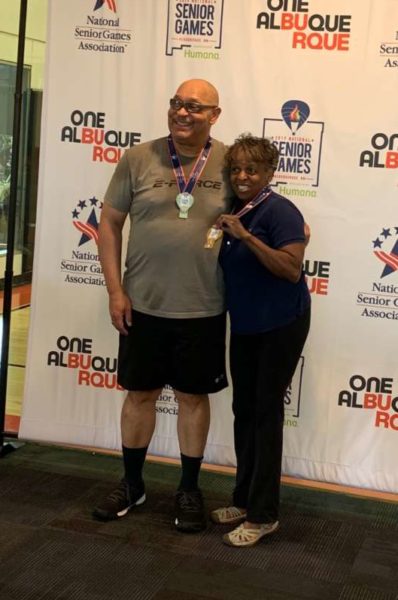 Regina and Bill Bouie won gold medals during the games, where more than 14,000 athletes from around the country convened for two weeks to compete against one another in a mix of sports.

The residents qualified for the competition after earning awards in the state games.

Regina is a personal trainer whose practice focuses on helping seniors above 50 remain active. Bill is the chairman of the Fairfax County Park Authority.

“As we continue to grow and age in the County, it is important that we recognize that people recreate in different ways, so we continue to try to meet those challenges by offering as many programs as we can and try to have something for everyone, from cradle to grave,” Bill wrote in a statement.

According to its website, the games are a 20-sport, biennial competition for men and women age 50 and over. It is the largest multi-sport event in the world for seniors.