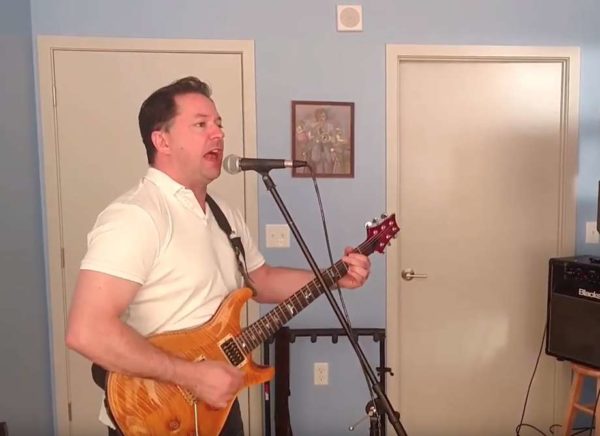 Two Reston families said they’ve been waiting months to get their money back after suing a music school for “random” credit card charges.

Michele Chesser said that she learned about District Music Academy from a parent-teacher association event last June at a Reston school and signed up her daughter, who “loves music and trying new things,” for a free lesson.

“It was a good lesson,” Chesser said. “What I liked about District Music Academy is they come to the house. We don’t have to go anywhere.”

At first, she said she communicated mostly with the piano teacher who would come to the house. Then the business owner reached out later in the fall to let her know that the teacher had left and would be replaced by a new one.

A couple of months later, she noticed the company was double-billing her credit card for the lessons, charging her at the beginning and end of the month. In total, according to court documents, District Music Academy overcharged her $1,260.

Chesser said she contacted business owner Jeffrey Levin in November, and he took her credit card off of automatic billing, telling her that it was a billing mistake that was taking care of caused the issue.

In December, he offered to give her credit toward future classes, but Chesser declined, saying the amount he offered was incorrect.

At that point, Chesser said there was one lesson left that she had paid for. When that lesson came around on Dec. 28 at 3:10 p.m., Chesser said that the teacher never showed up — upsetting both her and her daughter.

“After a month of emailing and calling him, I realized he wasn’t going to do anything about it,” she said, so she contacted her credit card company, which was able to credit her two out of the five months of double billing. She decided to try to recover the rest of the money in court.

Earlier this year, she tried to serve Levin his court summons three times, finally resorting to a process server, according to court records. The judge heard the case in May and ordered Levin to pay the full amount.

But as of August, Chesser said she hasn’t gotten the money back.

“I don’t think I’ll ever see my money again,” she said.

District Music Academy offers private in-home lessons, after school programs, entertainment for retirement communities in the D.C. area and other services, according to its website.

Chesser is not the only one in Reston who has sued Levin’s company for unwanted credit card charges in small claims court.

Anjia Nicolaidis told Reston Now that her daughter started ukulele and voice lessons once a month in February 2018 and the family scheduled lessons through August.

For a family with two full-time working parents, she said that District Music Academy seemed like a convenient solution, adding there are “not a lot of companies offering that in-home instruction in the immediate area.”

But by July of that year, Nicolaidis noticed double charges and “random charges.” When she reached out to Levin, “first there was some delay in getting him to acknowledge that our records and the teacher’s record were consistent,” she said.

“We asked for that reimbursement and gave him a number of opportunities to give it to us,” Nicolaidis told Reston Now, adding that Levin at first offered to make up the amount with credits to future lessons. After she declined the offer, the discussion over repayment broke down.

According to court records, Nicolaidis emailed Levin back on Sept. 10, writing:

As of this morning, September 10, 2018 you have not refunded the money you owe us. It has been a week since we received your email indicating you would process the refund. We have been corresponding about this issue for nearly two months…

We feel victimized and are in contact with other families that have had the same experience with District Music Academy.

Levin responded via email the same day, saying, “We have resolved all issues with our credit card system, but the process to refund the money is taking longer than expected. If it is acceptable to you, I can mail you a check today for the money due so that you can receive the fund more quickly.”

Nicolaidis said Levin never sent the check and she hasn’t heard from him since.

Early this year, Nicolaidis took Levin to court and the judge ordered him to pay to $1,526 with 6% interest starting Feb. 15.

“We still have no compensation to date,” she said as of Friday.

Records from the General District Courts for Fairfax and Loudoun counties indicate that 11 other people have individually sued Jeff Levin, District Music Academy, or Sebbie Enterprises — a limited liability company started by Levin — since 2014 for alleged unpaid debts.

The judges sided with the plaintiffs in two cases in Loudoun and four in Fairfax — totaling $11,842 in damages. One case in the Loudoun General District Court is still pending.

In one of the Fairfax cases, a judge sided with a Great Falls family suing Levin for $960 after the business owner wrote them on Nov. 5 that he was “waiting on long overdue vendor payments from our retirement communities and it has put us in a tight spot” and offered to pay back the money by hand-delivering a check for the $960 on Nov. 9, per court records.

Levin told Reston Now that the Nicolaidis and Chesser families and one in Great Falls have all been repaid.

“Also, we no longer process credit cards in house,” Levin said. “More than 90% of our clients pay by check and the remaining clients use our online system to input their own payments after receiving and approving an invoice.”

Today, there are about 30 former contractors and families are sharing their experiences with the company and its owner in a private Facebook group called District Music.

“Part of the reason the Facebook group has been such an important resource for everybody who is on it [is] we can compare notes and learn from each other,” Nicolaidis said.

Five former contractors spoke to Reston Now on the condition of anonymity, citing a non-disparagement clause in their contracts. The workers alleged that District Music Academy paid them less than it promised, paid late, and in some cases didn’t pay at all.

The contractor alleged that Levin has yet to pay wages for three months of work over the summer of 2018.

A third contractor told Reston Now that Levin still hasn’t paid the several hundred dollars owed from their brief work with the company.

“I smelled the BS almost immediately,” the contractor said, adding that the lack of lesson plans and the “promise of ‘next week it would change'” concerned them.

“Regarding the contractors, I’d be happy to review their invoices with them,” Levin said, in response to a question from Reston Now about the allegations. “We now pay our contractors the day of their events or lessons so that there are no issues regarding payments.”

“We do great work in [the] community and my intent is [to] continue to build good relationships and to mend any fences where needed with past customers and contractors,” Levin said.

Levin is also the founder of Bach to Rock, a chain of musical schools that lists 39 locations across 18 states and D.C. on its website.

“Jeff Levin started the original Bethesda school that we acquired and used to launch our Bach to Rock business,” Angela Sakell, the vice president of marketing and operations for Bach to Rock, told Reston Now. “He was involved in the business in the early years before moving on to other interests and isn’t currently involved in running the business today.”