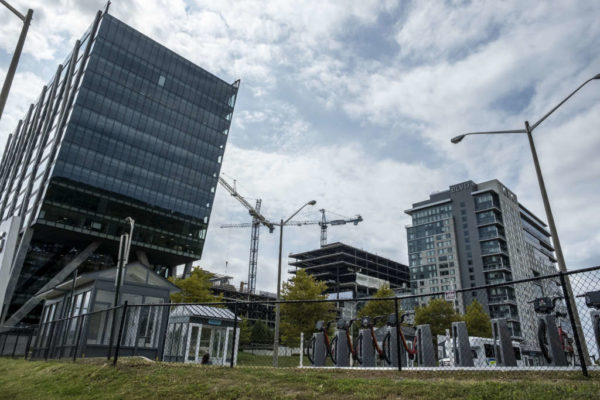 The regional partnership formalized earlier this week after successfully joining together to bid on Amazon’s requests for proposal for their second headquarters two years ago. Several jurisdictions partnered to create the first Northern Virginia regional brand, which features the slogan,”Innovation lies here.”

The following jurisdictions are set to take part in the alliance:

After Arlington successfully won the bid, regional partners said the idea for a regional authority gained traction. Companies are increasingly attracted to areas that can provide regional workforce, transportation, and livability assets, according to the NVEDA.

Here’s more from the newly-formed alliance:

Building a robust, recognizable regional brand for Northern Virginia will propel our communities to the top of site selection lists that will generate new leads, resulting in more business investment.

The local economic development leadership has also been encouraged to collaborate by local and statewide leaders. Over recent year, Northern Virginia elected and appointed leaders have been working across borders and aisles to tackle affordable and workforce housing, transportation, education, and other challenges facing our region, collaboratively.

At the state level, Stephen Moret, who took the helm as President & CEO of the Virginia Economic Development Partnership in 2017, has supported the telling of regional stories, providing additional resources to regional groups throughout the Commonwealth.