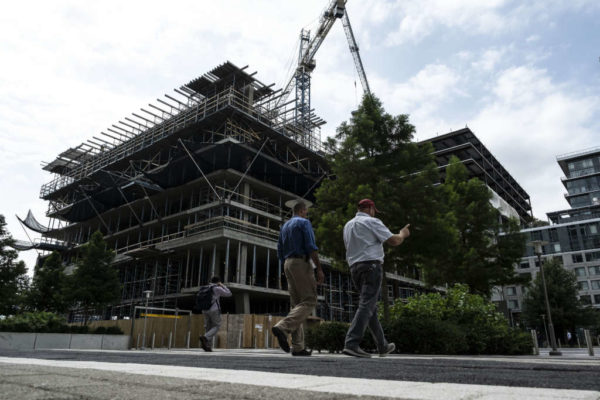 ‘No Place Safe’ from Hidden Cameras — “The teen said she never gave a second thought to the iPhone that Raphael Schklowsky incorporated into his lessons at Herndon High School. But even as he was teaching drama, Schklowsky was allegedly using the device to victimize her. Fairfax County police detectives showed the 17-year-old girl a shocking display. During just one class in spring 2017, they said, Schklowsky snapped at least a dozen inappropriate photos of her body from different angles and zooms as she sat on a riser.” [The Washington Post]

Strategic Plan Feedback Sought — Residents who are unable to make a series of community meetings on the county’s strategic plan, which is currently in development, can provide feedback online. [Fairfax County Government]

Centroid Exhibit Opens This Weekend — “GRACE will present the next chapter of Baltimore-based artist Nate Larson’s Centroid Towns project. Since the first US census in 1790, the United States Census Bureau has been recording the mean center of population as it moves steadily west and south. The first Centroid Town recorded was Chestertown, Maryland, and the projected Centroid of the 2020 census is Hartville, Missouri.” [East City Art]