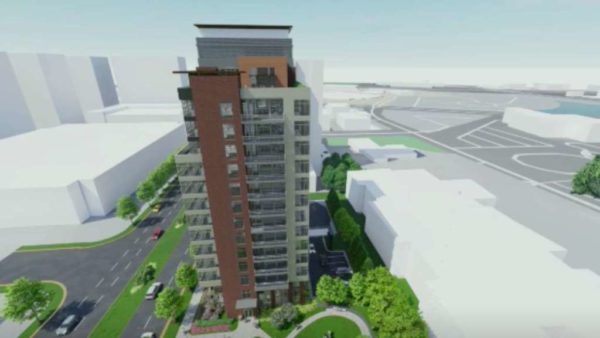 The developer of a proposed 13-story apartment building near Reston Town Center has filed an appeal against the county’s decision to deny the project earlier this year.

The Fairfax County Planning Commission denied the project in June due its size and scale. NS Reston is proposing to build a 58-unit residential building on the north side of New Dominion Parkway.

The site, which is currently vacant, is next to the Paramount Condominium building and the Winwood Children’s Center, which is approved for a mixed-use building with 125 dwelling units. The county’s planning documents place a 746 unit cap on the two sites, including NS Reston’s project area.

Planning Commissioners said NS Reston’s proposal would exceed the planned density in that area, which is known in planning jargon as Reston Town Center Park 5. The site was also previously marked as a park for more than 20 years.

“There’s some density left, but not 58 units worth,” said Planning Commissioner John Carter at a June 19 meeting, adding that the proposal does not promote circulation and access in a congested area with a major intersection.

The appeal request heads to the Fairfax County Board of Supervisors on Tuesday, Oct 15.