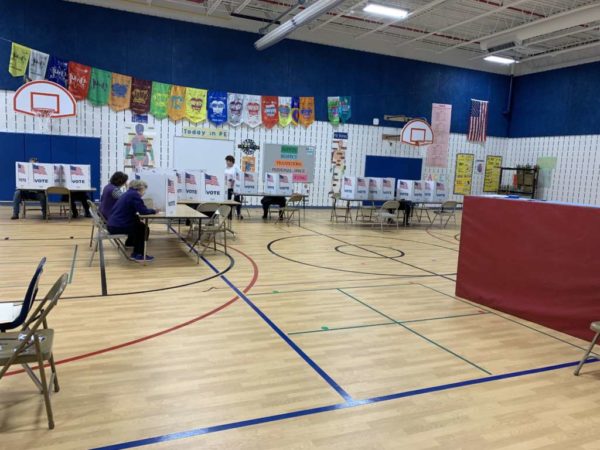 Voter turnout in Fairfax County rests at roughly 18 percent as of this afternoon.

So far, turnout in the Hunter Mill District (18.2 percent) is slightly above the county-wide average.

The Springfield District has the highest turnout thus far, with turnout at 20 percent.

The district-by-district breakdown as of 1 p.m. today is below:

Unofficial election results are expected to trickle in after polls close at 7 p.m. today. Reston Now is following several local races, including two school board candidates for the Hunter Mill District.