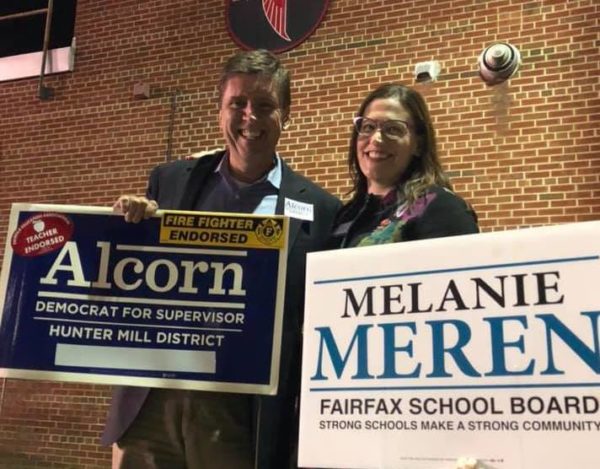 With a little over 69 percent of the vote, Meren overtook her opponent, Laura Ramirez Drain, as of 11:30 p.m. on Tuesday (Nov. 6). According to unofficial election returns, 27 of the 28 precincts reported results.

Meren has described herself as a “Fairfax County parent leader” who wants to promote strong education. Drain’s campaign focused on the family life education curriculum, school boundaries and the FCPS budget.

Dranesville District Supervisor John Foust (D) retained his position on the county board, which he has held since 2007, as well, defeating Republican opponent Ed Martin.