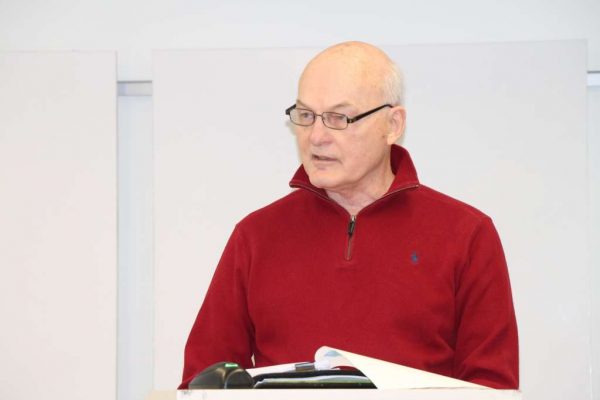 This is an op-ed submitted by Terry Maynard, co-chair of the Reston 20/20 committee. It does not reflect the opinions of Reston Now.

As reported by RestonNow, the Reston Association (RA) Board of Directors held a public information meeting on December 4 to provide a briefing on its “branding” initiative.  I, for one, wondered why our assessment fee-driven homeowners association (HOA) needed to have a brand or branding strategy given that we are a captive audience.

Reviewing the video of the nearly two-hour meeting shows why:  RA doesn’t even know what “branding” is or, worse, it is intent on misrepresenting branding to its members.

Branding is “the promotion of a particular product or company by means of advertising and distinctive design.”   Nothing presented to Restonians related to RA advertising or design.

Instead, what the Board and Restonians heard on December 4 was a list of expensive new program ideas.  In fact, the consultant laid out results for 24–yes, two dozen–new programs for the RA Board’s consideration using a flawed methodology.   Of course, the survey provided no context, financial estimates, or any other information.

Among the proposals were:

Hank Lynch, RA’s CEO, pitched these ideas saying, “I’ve been instructed to keep assessments low and you look for ways to generate some revenue.”  Well, some of these half-baked ideas might generate revenue, but they will also generate costs–millions of dollars in many cases.

As RA data indicates, costs are critical.   In a special presentation to the Board in 2015, RA’s Larry Butler showed that the budgeted net overall direct recreation facility and programming cost in five key programs recovered about half their costs, adding $1,589,059 to RA members’ fees in 2016.

And the above analyses only consider operating and maintenance costs, not capital costs.  Capital costs for indoor recreation facilities or a performing arts center could add millions–even tens of millions–to these costs.  (A 2013 RCC consultant study put the cost of a new Reston recreation center at $37-$49 million depending on amenities, for example.)   We simply cannot forget the reckless lesson of RA’s $2.65 million Tetra acquisition cost this quickly.

With RA recovering only about half of the operating cost of its various programs, it would be highly unlikely to generate a net positive revenue stream from any substantial new programs or facilities.

The bottom line is RA did not provide a “branding” presentation last week.  It simply displayed its “wish list.” There was no effort to identify initiatives that would lower or contain RA assessments.

Restonians are smart enough to tell the difference between a legitimate proposal and a con job.  This was a con job. Reject it–and let your RA Board know what you think.